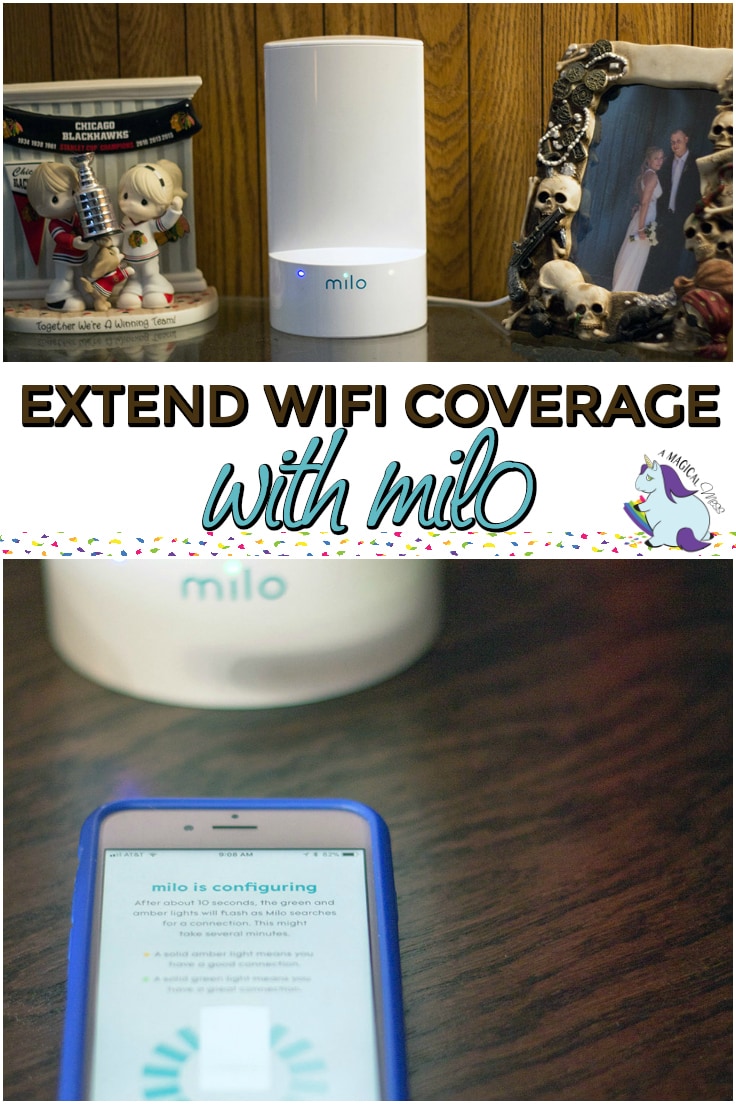 This is a sponsored post written by me on behalf of Milo Wifi for IZEA. All opinions are 100% mine.

I think it’s safe to say that most of us would love to extend wifi coverage throughout our households. The days of being tied to a home office are over. People use laptops and portable devices more frequently and thrive on changing locations to spark creativity. In addition to personal gadgets, we now have smart home devices that require wifi. Talk about testing out traditional routers to the breaking point!

With technology innovations popping up daily, the demands on our wifi networks are constantly increasing. Even with the top-of-the-line routers in your home, you’ll eventually notice dead spots if you keep adding more wifi-enabled devices. Most tech experts suggest moving the devices closer to the router, but that’s not always possible. What if you install a smart thermostat? There’s no relocating that baby. Or, think of all the kitchen appliances that now use wifi. Heck, we even have a wifi garage door opener now! Moral of the story is, router location cannot be the answer.

I spared no expense when I purchased our router. The router is already a couple of years old, so I don’t know where it ranks now. Our wifi seems to be quite reliable. However, we notice some lagging as you get farther away from the router. It’s clear that adding on more and more smart products is testing its limits. We don’t plan to stop adding cool, new smart home items, so we need to extend wifi coverage immediately!

In the first quarter of 2017, the average internet connection speed in the US was about 19 mbps*, making the speeds promised by expensive wifi systems obsolete. Milo was created to do something different.

Speaking of new tech, let’s meet Milo Wifi. Milo is a wifi networking system that was designed to enhance wifi network coverage. It works with your current system to provide coverage where your setup cannot reach. Milo works with any existing wireless network to let you take full advantage of your bandwidth and range while adding additional coverage to areas where you need it most.

Setting up Milo is Almost Too Easy

Setting up Milo is almost too easy. In fact, it was so easy that I thought I did something wrong. That’s me, the notorious over-thinker. We received the 3-pack which includes one base and two points. There’s also the option to purchase a 2-pack. Although our house is not large, it’s a split level, so there are several walls to interfere with wifi. If you’re anything like me, you might find new tech devices a little intimidating to install. As soon as I opened the box, my nerves were calmed. The box contains the base with the USB and power cord right under it. Same with the two points. There’s no mystery as to which cords go with which part. Simply install the app on your phone and follow the instructions. 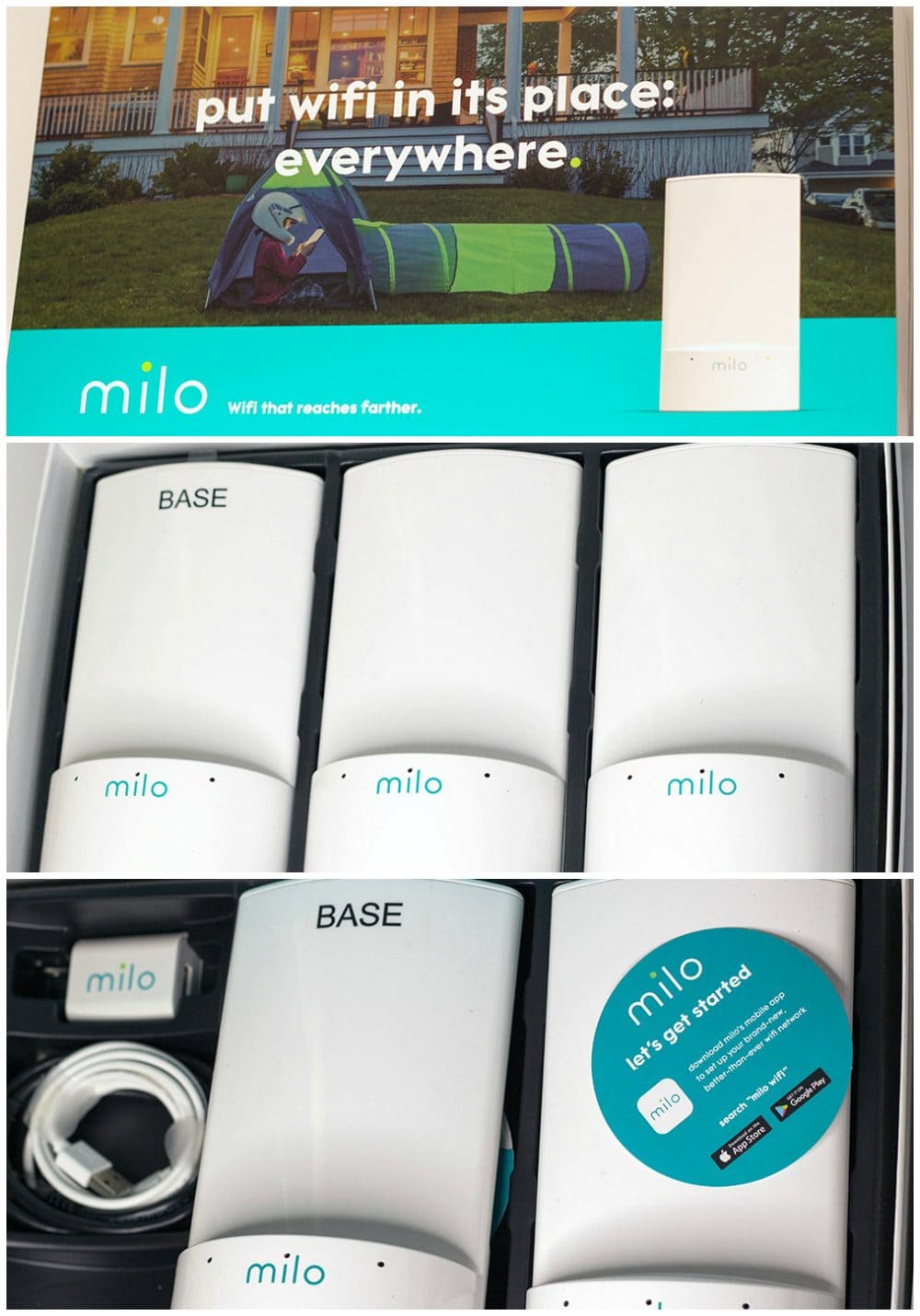 I chose the option to setup wirelessly instead of using the ethernet cable. I put the main base in the office close to our router. Moving along the house, I chose to plug the next point into our living room. The third point is in our lower level. The app adds the points for you with simple swiping and watching for lights.

As I said, I called customer service because it all seemed too easy. I had a lingering feeling that I missed something. I am happy to report that Milo’s customer service was a pleasant experience. I was given the option to receive a callback but chose to hold. In less than thirty seconds I was speaking with a human. He assured me that as long as all the lights are a solid green or yellow on the base and the points, everything is working correctly. The kind and helpful gentleman also let me know that I can move the points at any time to different locations. Just unplug and plug back into another area. There’s no need to go through the setup again. The point will go through all the blinking light stages, but will ultimately connect itself. Should you run into an issue, you may have moved a little too far away from the base. This information is good to know should we decide we’d like our points in other locations. 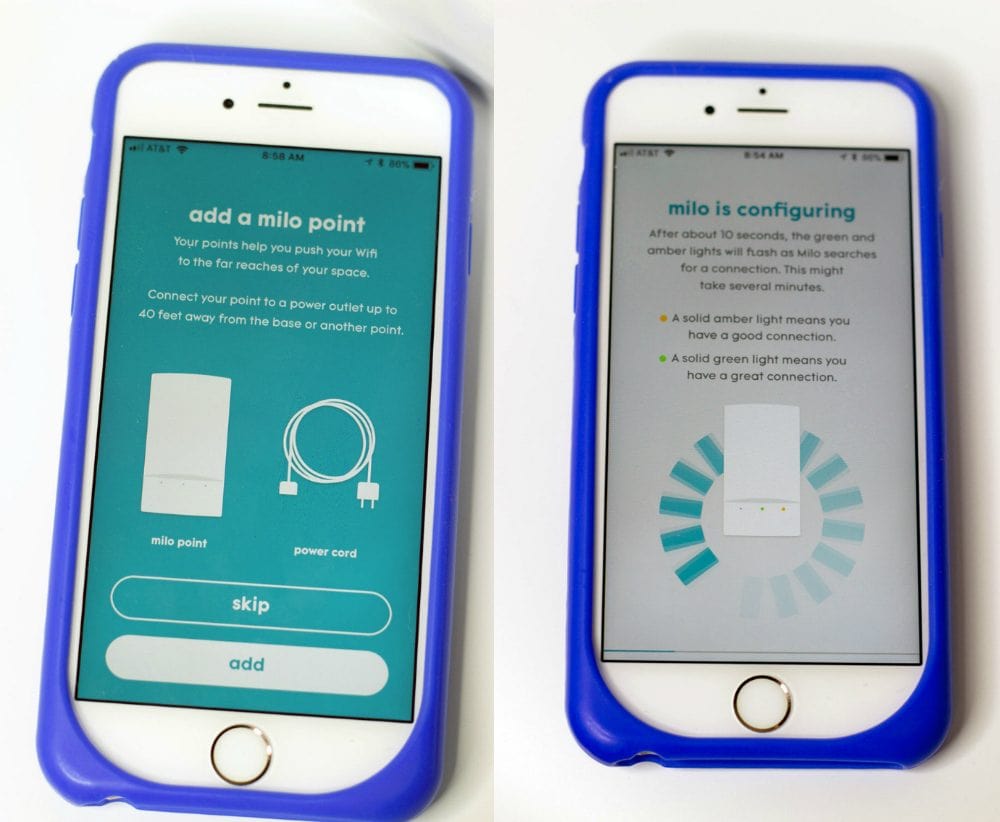 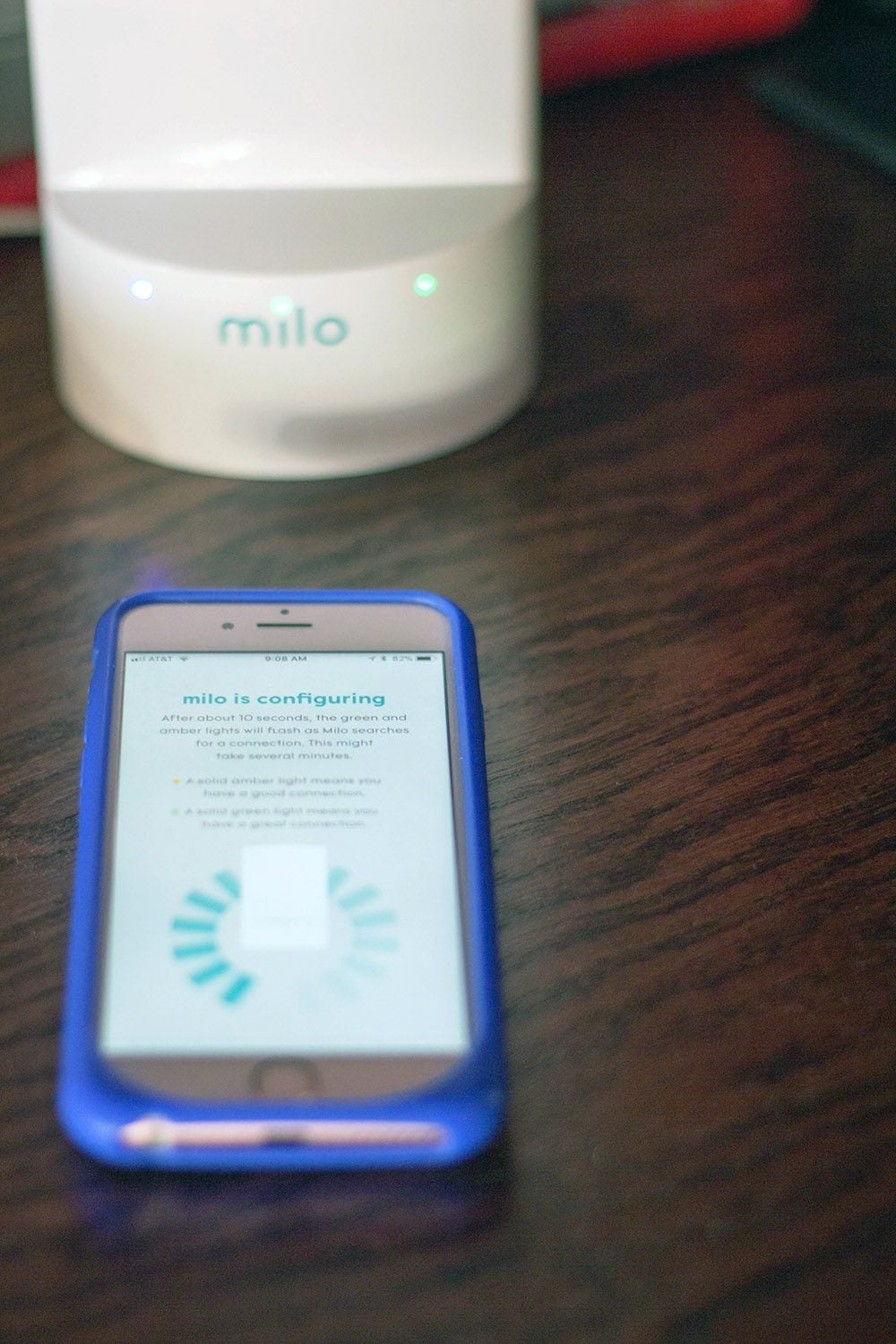 Milo uses existing wifi to provide more coverage which results in an affordable price point. Extend wifi coverage with Milo for home use, for small business, or to family-size your wifi without adding all of the expensive features you don’t need. Compared to other options, Milo costs less while giving you more.

Milo sounds like a perfect solution for someone who isn't technologically sound but loves tech stuff. We have tons of tech in the house (Our nest thermostats and, like you, a wifi garage door opener). If it weren't for my husband, I'd be lost as to how to extend our wifi coverage! This sounds perfect for me if I were alone!

This is what our house needs. Being in a three story house means several areas that need a little extra boost.

That is exactly what I need in my world! Our house is great until you get to the family room, which, of course, is where all of my family wants to be. Milo, I'm coming to get you!

I don't think I have seen Milo yet, until now! What a great idea to be able to extend wifi. I know I have been in other homes where there are dead spots, and it sucks. I sometimes enjoy going outside with my laptop and work in the summer season, having something to extend wifi would make that more feasible!

This sounds like a great product! I've never heard of Milo before. My family could totally use it!