The Chicago Auto Show is something we look forward to each year. This was the first year we went as media. We received press passes to attend during social media day. All opinions are my own. 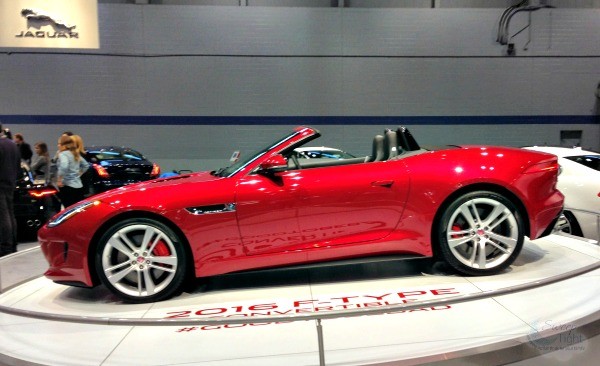 Let me tell you, going on a press day before the event is open to the public is sweet. Not only are there fewer people, but you also get to see the press conferences. Press conferences are like mini-shows to unveil the latest concept car or newest model of an exciting vehicle. It’s dramatic and eventful. Cameras and news crews are everywhere, and it’s pretty impressive. 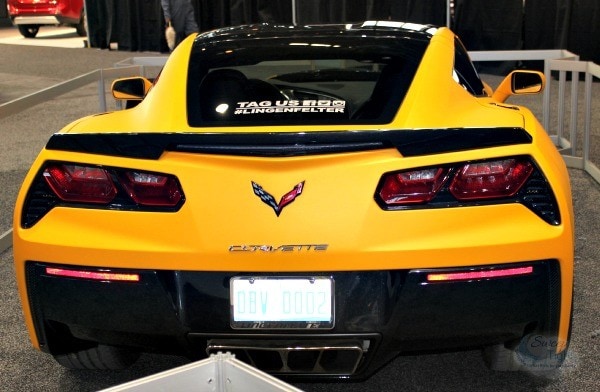 Mike was off work, so he was my date to the Chicago Auto Show. Together we drove in the 2015 Mitsubishi Outlander that we had on loan for review. When we first met, Mike had a Corvette and was pretty much a “car guy”. Over time, that has changed a bit. No more Corvette, and now he’s super into fishing and boating. Boys and their toys! 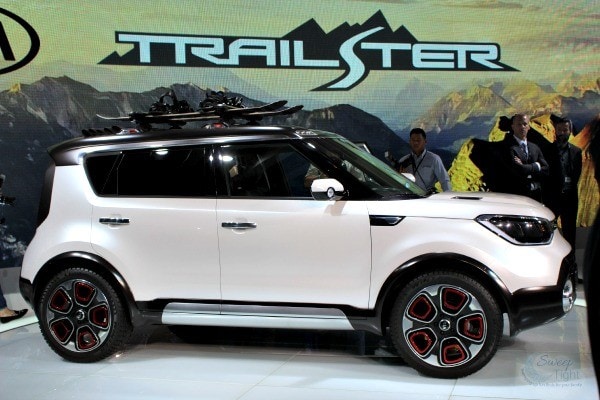 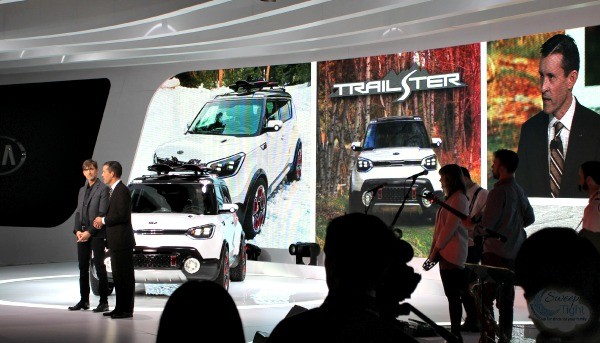 We arrived just in time for Kia’s press conference to begin. It was already quite packed with press, but I got a few good pics of the new Kia Trail’ster concept. Kia took their iconic Soul to a whole new level with the Trail’ster. It features a fully retractable canvas roof and smartly integrated rear electric all-wheel drive. Ideal for the city dweller who enjoys the escape of outdoor adventure. 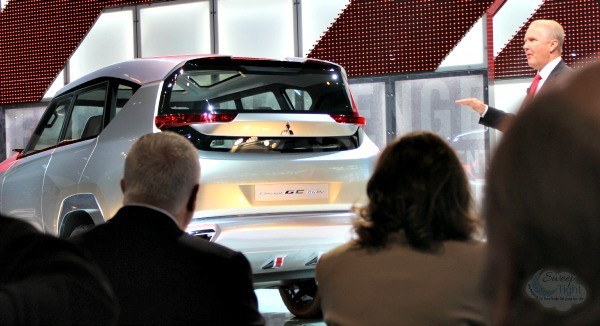 What I love most about cars is the evolving technology. Cars are close to driving themselves. During dinner with Mitsubishi, I found out that the capabilities are there; it’s legal matters holding them up. As fascinating as technology is, it can also be a little overwhelming and scary. After our riveting conversation, I was extra eager to see Mitsubishi’s unveiling of their Concept GC-PHEV.

The Concept GC-PHEV is a futuristic, full-size crossover that features a powerful yet efficient supercharged V-6/electric motor plug-in hybrid. What excited me the most is the Tactical Table, an innovative information system that takes connected car technology to a whole new level. The Tactical Table creates an interactive experience for everyone in the vehicle. Anyone can place their smartphone on top of the table, which will create, collect, exchange, and share information with others using the Concept GC-PHEV’s communication system. I cannot even say that I fully understand what it is, I just know that it intrigues me greatly.

Mitsubishi Mirage in Pink – we reviewed one! 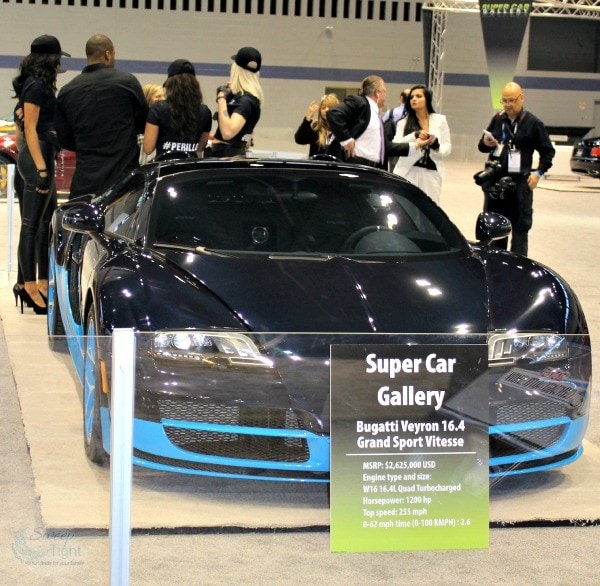 While Mike and I were walking towards the multimillion dollar cars, I recognized a voice. I turned to see LaRoyce Hawkins, who plays Detective Kevin Atwater on Chicago PD. I looked at him with wide, star-struck eyes and quickly turned away. I had to play it cool. We were there on press day and I had to be professional. What would a pro do? I still don’t know. But, I stealthily followed him to witness his photo shoot next to a Bugatti. I got a picture of the back of his head. A paparazzo I am not. 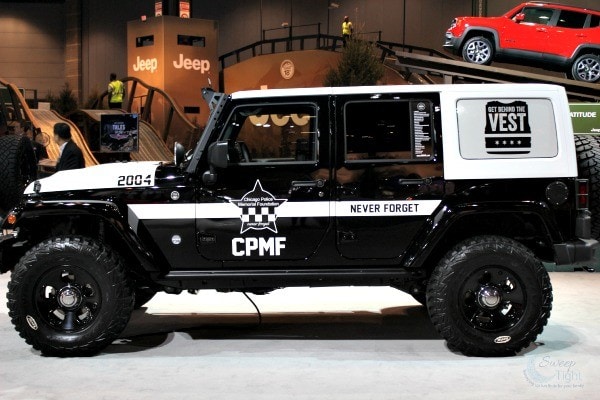 Jeep always has an impressive display. This Chicago Police Memorial Foundation model was our favorite. 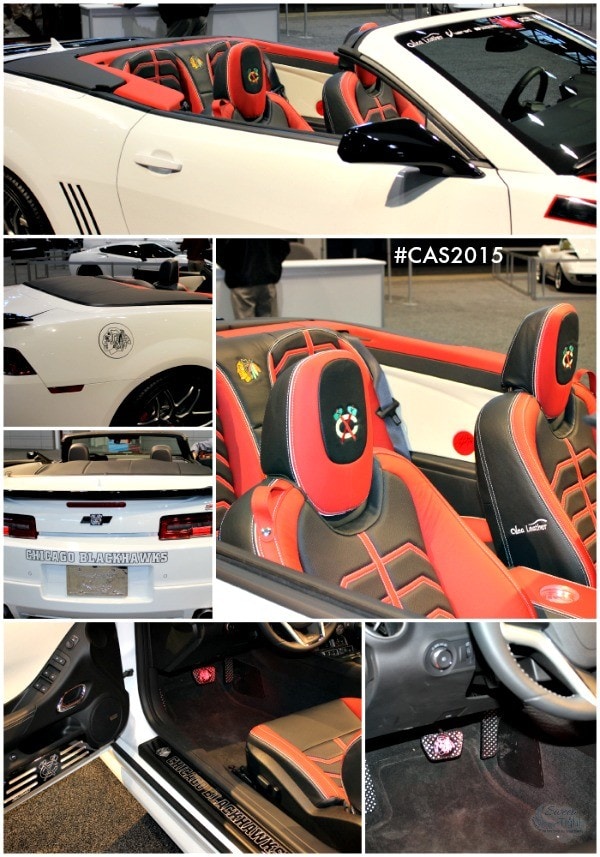 Ford GT – Mike circled this baby for quite a while.

So much to look at. Needless to say, we had a great time. I am a little nervous this Chicago Auto Show trip may have reignited the car addict in Mike!

Love a great car show; would love to attend one this year

My husband loves to go to car shows!! Those are some amazing looking cars, it's always fun to see how the cars change over the years!

I haven't been to an auto show in years. Fun to see what's coming next.

Those are some nice looking cars. I have always wanted to go to a car show like this.

I love all those picture. Thank you for sharing!