Skip to Content
Disclosure: We earn commissions (at no additional cost to you) if you purchase products from retailers after clicking on a link from our site.
13 shares

Moving sushi exists. I hadn’t known this until a recent dinner at Roka Akor. Shelley and I were invited to a fabulous dinner with Mitsubishi while they were in town for the Chicago Auto Show. We were treated to a fine dining experience with excellent company.

The timing of this event was especially fitting since I was reviewing the 2015 Mitsubishi Outlander. We drove it to the city and were able to give the navigation system a good test on the way.

My lack of culture and experience with food becomes apparent at fine establishments such as Roka Akor. During the first of the seven meal courses, I knew my taste buds were soon to be tested. I sat next to Alex Fedorak, the PR Manager for the Mitsubishi Corporate Headquarters. Alex has an extremely cultural palate and knows a lot about sushi and good food in general. He chose the menu and coached me through all of the items. He taught me how to use chopsticks, and the proper way to eat everything. 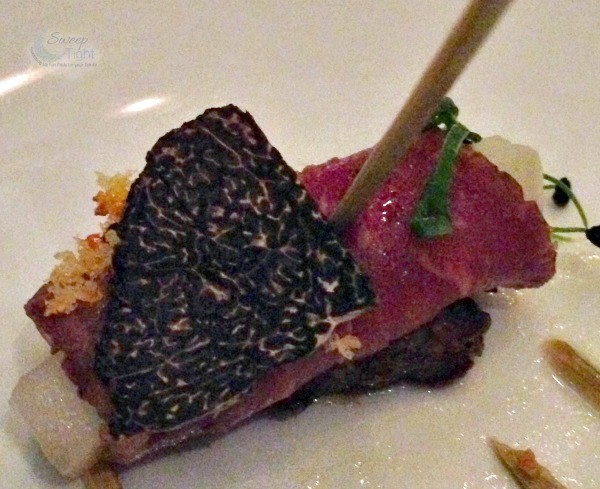 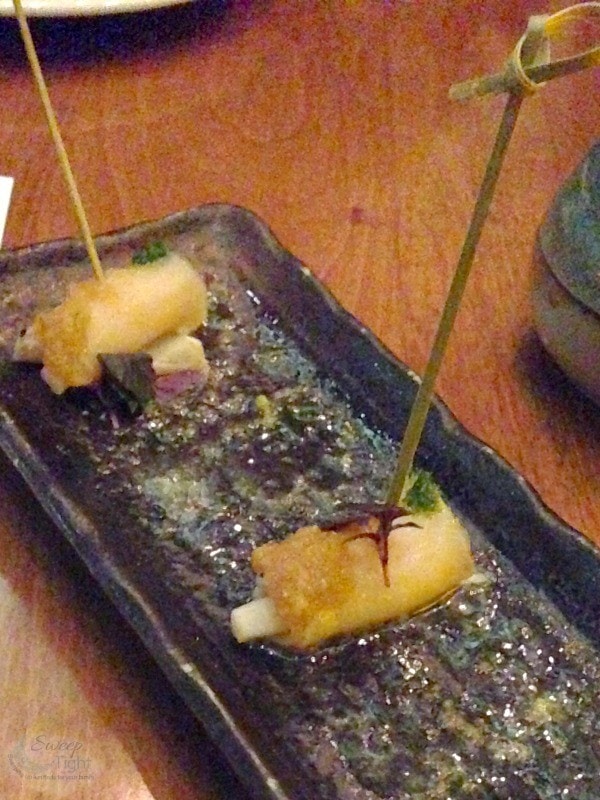 I have always known that I need to be braver with trying new foods because, guess what? I loved every single thing that I tried. Each delectable morsel was a flavor explosion. I have a new appreciation for small portions, too. Instead of receiving a huge plate of a few foods, we got to enjoy courses and courses of unique bites. Trust me when I say this doesn’t cause you to leave hungry. They brought refills and extras, and we left there stuffed to the max. 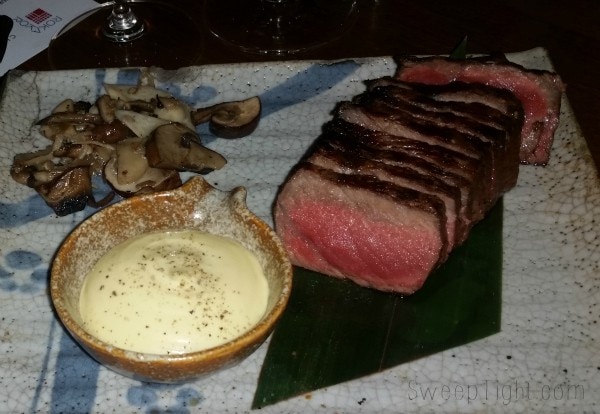 That Food is MOVING!

Okay, Shelley here now… Since I happen to be taking a class titled Cultural Foods, I’d like to share some interesting tidbits of what I’ve learned and share my side of this fantastic night.

This doesn’t quite qualify as moving sushi since this dish does not contain rice, but Jen’s calling it sushi, so we’ll just let that slide. This is actually Brussel sprouts with Bonito flakes–also known as Katsuobushi. It is super finely sliced pieces of fish (skipjack tuna) that are so thin, when they’re placed on the hot vegetables, the heat rising makes them move. This moving or dancing act actually lasts for about 15 minutes!

I wish I would have been able to capture Jen’s face when they put this dish on the table. It was priceless. Alex chuckled and said “I promise, it’s NOT alive.”

Overall, I was beyond impressed with the food and Jen’s bravery. She tried everything! Even the sashimi–which is pieces of raw fish. And I tried eating a sesame leaf for the first time thanks to Alex. I was so surprised by the taste. It was like a refreshing minty/cinnamon/basil flavor. If  you ever get the chance to try one, do it! 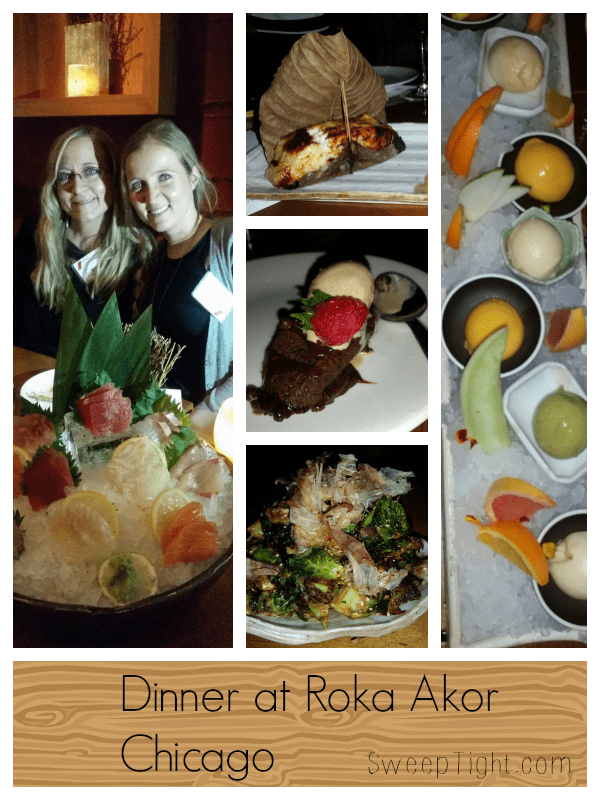 Huge thanks to Mitsubishi for the fantastic evening! Stay tuned for my review of the 2015 Mitsubishi Outlander, and highlights from the Chicago Auto Show.

That is sooooooooooooo cool...my daughter lives in Chicago, have to tell her to visit this restaurant.

Nope. No way. There is not enough money in the World to get me to even try sushi. It just kind of turns me off, lol.

Just the title made me laugh: Moving Sushi. Never knew it existed.

I probably wouldn't eat it, but I know my husband would! I tend to be a little tentative about trying new foods.

I'd eat any of it. I've very adventurous when it comes to trying new foods. I like that you got: Instead of receiving a huge plate of a few foods, we got to enjoy courses and courses of unique bites.