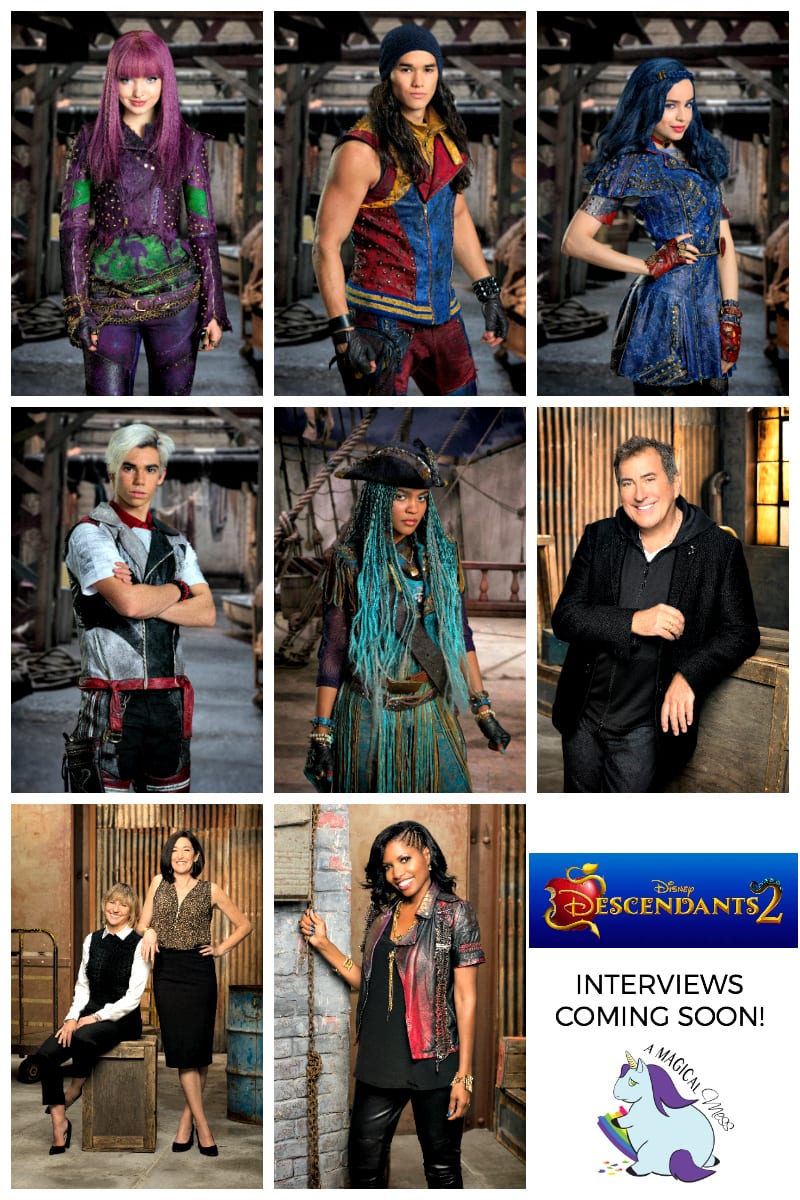 Not only do we finally have the release date for “Descendants 2,” but we’ve got two new video clips to make the wait even more exciting. This highly anticipated Disney Original Movie will premiere in an unprecedented, far-reaching programming event featuring a simultaneous premiere across five networks within the Disney|ABC Television Group including Disney Channel, ABC, Disney XD, Freeform and Lifetime on FRIDAY, JULY 21 (8:00 p.m. EDT). 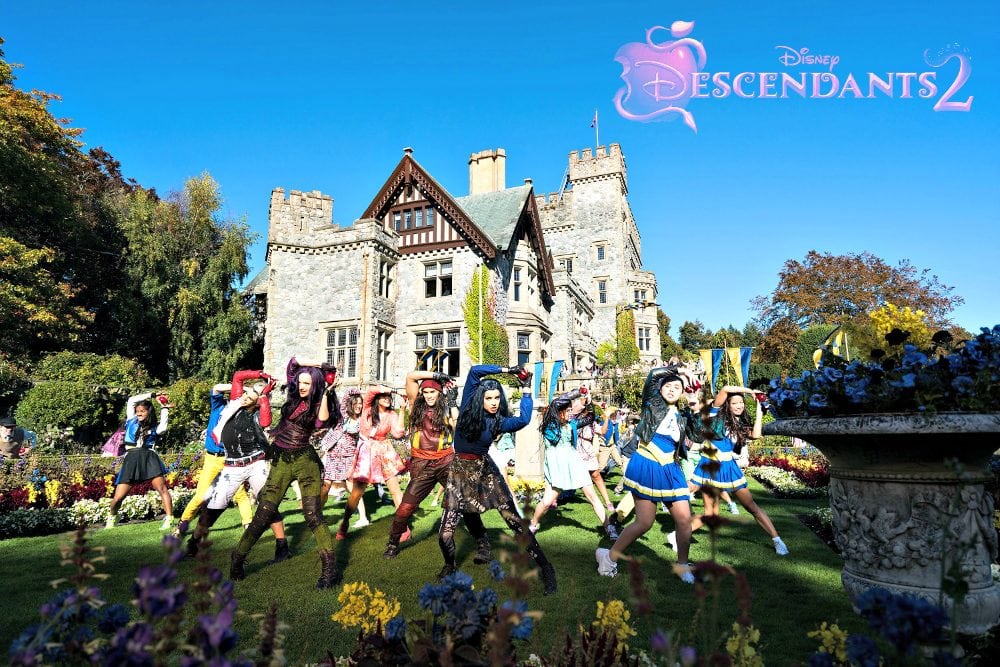 While on the press junket for Guardians of the Galaxy Vol. 2, we had the honor of screening a few clips of “Descendants 2” and even had the opportunity to interview the cast. From the pieces we saw, this sequel is sure to be even more intoxicating than the first. Check out the official boiler plate:

In “Descendants 2,” the story deepens as the Villain Kids (AKA “VKs”) – Mal, Evie, Carlos and Jay – continue to try to find their place in idyllic Auradon. When the pressure to be royal becomes too much for Mal, she returns to her rotten roots on the Isle of the Lost where her archenemy Uma, the daughter of Ursula, has taken her spot as self-proclaimed queen of the run-down town. Uma, still resentful over not being selected by Ben to go to Auradon Prep with the other Villain Kids, stirs her pirate gang including Captain Hook’s son Harry and Gaston’s son Gil, to break the barrier between the Isle of the Lost and Auradon, and unleash all the villains imprisoned on the Isle, once and for all.

Starring are Dove Cameron, Cameron Boyce, Sofia Carson, Booboo Stewart, and Mitchell Hope reprising the roles of Mal, Carlos, Evie, Jay and King Ben, respectively. Starring as the new villains are China Anne McClain as Uma, the daughter of Ursula; Thomas Doherty as Harry, son of Captain Hook; Dylan Playfair as Gil, son of Gaston; and Anna Cathcart as Dizzy, daughter of Cinderella’s evil stepsister Drizella and granddaughter of wicked stepmother Lady Tremaine. Also reprising their roles in this sequel are Brenna D’Amico as Jane, the daughter of Fairy Godmother; Melanie Paxson as Fairy Godmother; Dianne Doan as Lonnie, the daughter of Mulan; Jedidiah Goodacre as Chad, the son of Cinderella; Zachary Gibson as Doug, the son of Dopey; Keegan Connor Tracy as Belle and Dan Payne as Beast.

This new trailer will have to hold you over because as of now, we’ve got 82 days to wait until the movie’s release.

“Ways to Be Wicked” is the high-energy pop rock anthem performed by our Villain Kids (aka the VKs) – Dove Cameron, Cameron Boyce, Sofia Carson and Booboo Stewart – which opens the movie “Descendants 2.” The song is produced by Sam Hollander and Josh Edmondson who wrote the song with Grant Michaels and Charity Daw. “Ways to Be Wicked” is the FIRST music number released from the movie.

TOMORROW ON DANCING WITH THE STARS

This Monday on DWTS, the stars of Descendants 2 will perform a medley featuring “Rotten to the Core” from the first movie and the latest high-energy pop-rock anthem, “Ways to Be Wicked” from their upcoming Disney Channel Original Movie.

How excited are you to see Descendants 2 in July?!