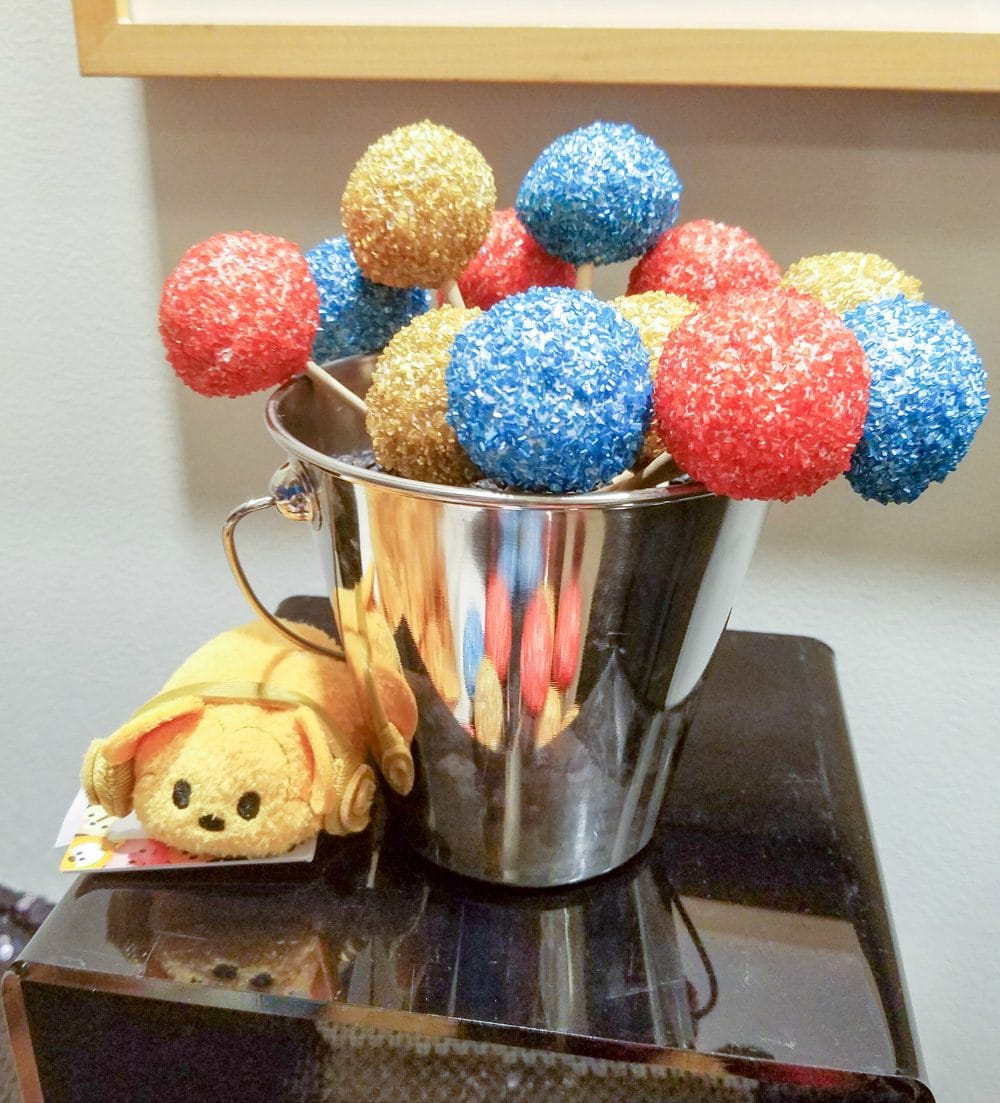 The 2017 Radio Disney Music Awards, music’s biggest event for families, airs this SUNDAY, APRIL 30 (7:00-9:00 p.m.) on Disney Channel and multiple Disney-branded platforms. With more performances than ever, the fifth anniversary show will have something that everyone in the family can enjoy. But what’s a viewing party without themed snacks and games to play during breaks? While on the press junket for Guardians of the Galaxy Vol. 2 we attending a super fun snack party with Radio Disney’s, Candice On Air. They’ve supplied us with trivia questions and adorable snack ideas to share with you! 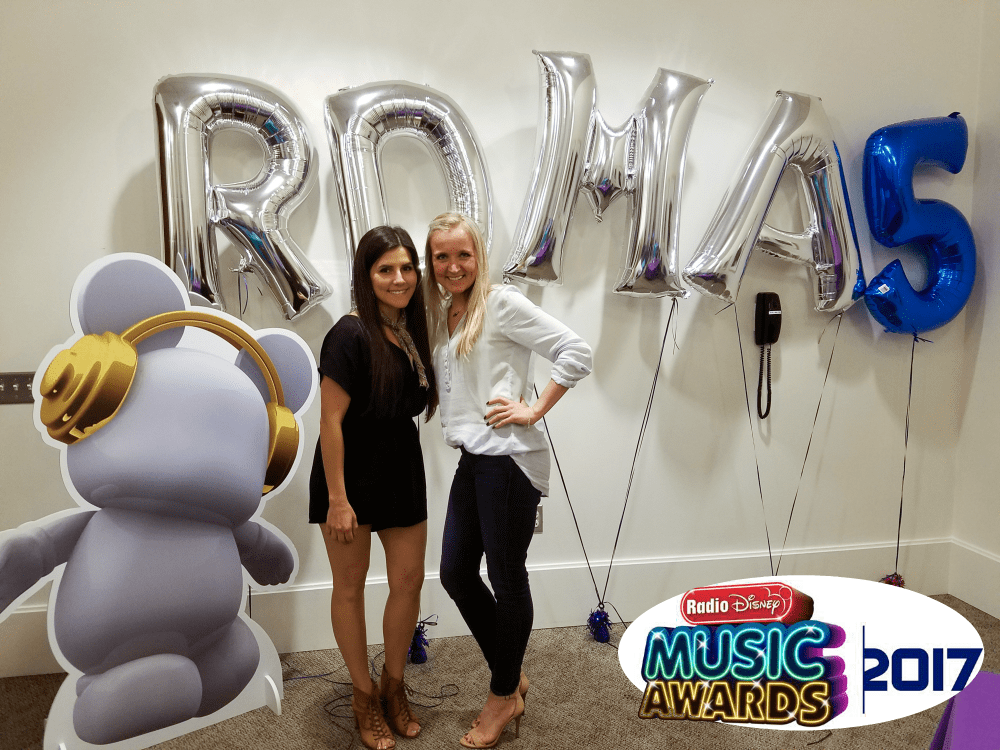 Whether you’re just planning to watch the Radio Disney Music Awards with the family or intend to have a few friends over, these simple snack ideas are too cute not to make and enjoy. The little signs just make the whole spread. (Click on the images or links below to download and print the PDFs.)

1. RDMA is music’s biggest event for families – who of our five RDMA hosts has five siblings in real life?

4. In Fitz and The Tantrums’ hit song “HandClap,” how many claps go after the lyric, “I can make your hands clap”?

5. 2017 RDMA Icon Award recipient Britney Spears used to be on Disney Channel – what year did she first appear in the Mickey Mouse Club?

6. Nick Jonas is the recipient of the 2017 RDMA Hero Award for charitable contributions, but he also presented the award to a former ‘Hero’ – who was it?

7. Which 2017 RDMA performer was nominated for a 2017 Golden Globe for her performance in “The Edge of Seventeen?”

8. Which Grammy Award was 2017 RDMA performer Kelsea Ballerini nominated for this year? (Hint: She won this same award at the 2016 RDMA)

12. 2017 RDMA host and viral recording artist Alex Aiono got his start on which social platform?

14. Before landing his role in the Broadway musical “Hamilton,” which two Disney Channel Original Movies has 2017 RDMA host and performer Jordan Fisher appeared in?

15. The RDMAs will feature the exclusive world premiere of “Ways to Be Wicked” from “Descendants 2.” What was the lead single from the first “Descendants” movie?

17. Which 2017 RDMA performer has co-written songs for Justin Bieber and Selena Gomez? 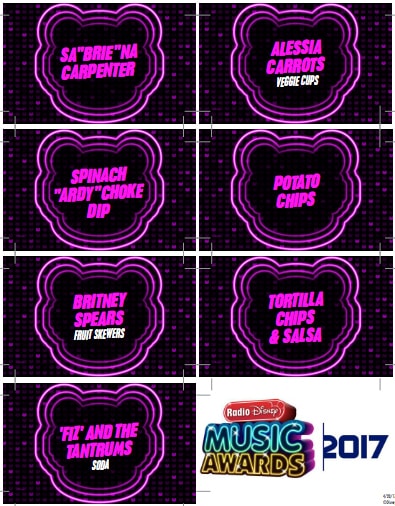 These aren’t super new ideas, but with a punny name they fit the theme and bring on the smiles. 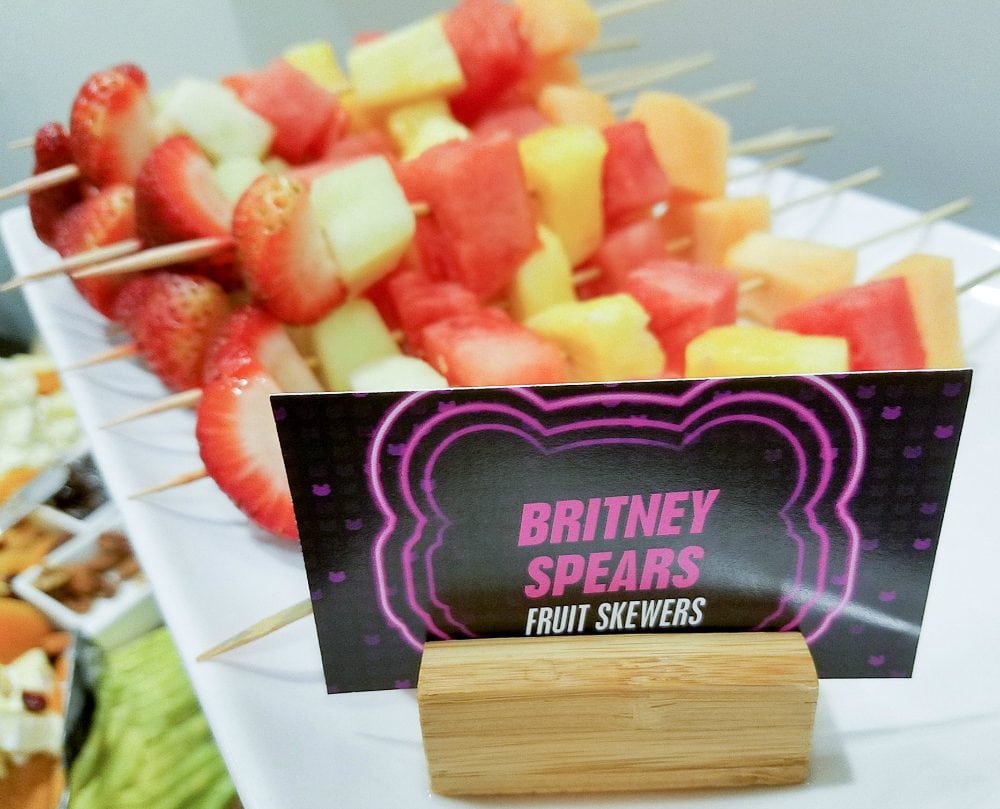 These are healthy snacks too, so it’s always great to inspire the littles to get more veggies in their day. The veggie cups with dressing in the bottom–so simple, yet brilliant! 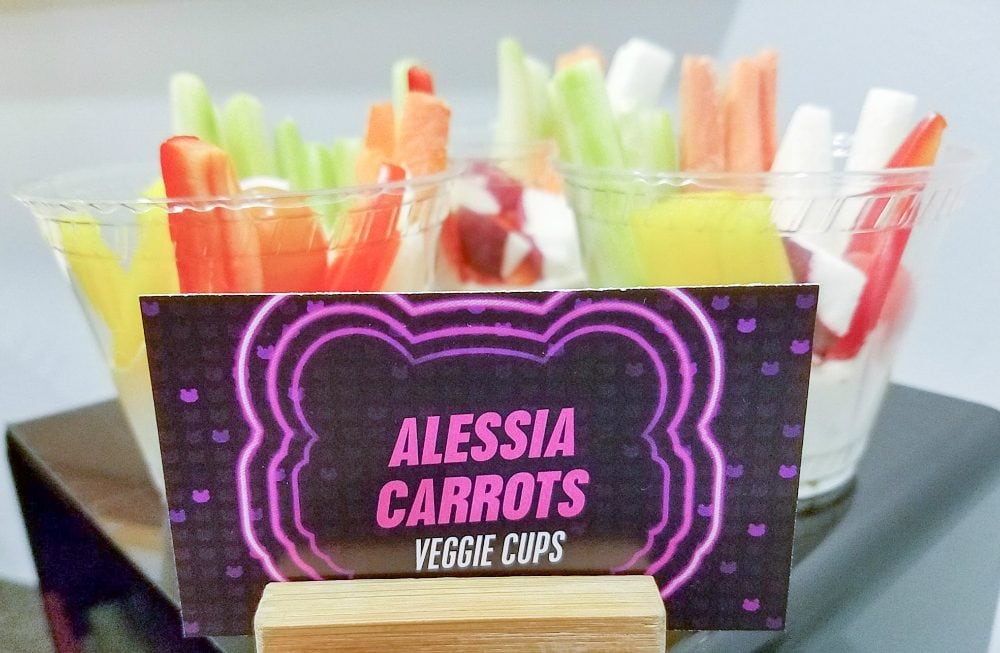 For the rest of the ideas, check out all the name cards. And, obviously, don’t forget to tune in this Sunday, April 30th!

Are you watching the Radio Disney Music Awards with anyone special? 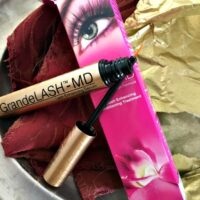 Previous
How to Get Thicker Eyebrows and Lashes - Unbelievable Beauty Find 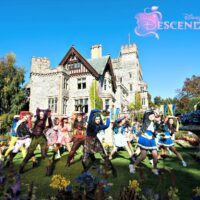 Next
Big News Regarding Disney's Descendants 2