Skip to Content
Disclosure: We earn commissions (at no additional cost to you) if you purchase products from retailers after clicking on a link from our site.
106 shares

After seeing an advanced screening of Captain America: Civil War, we were able to interview available cast members and even the directors, The Russo Brothers. Anthony and Joe Russo are incredible. It’s obvious, their work shows their talent. I can’t help but feel a little pride seeing a set of siblings kick so much butt together! 😉 This opportunity was part of the Captain America: Civil War press junket. 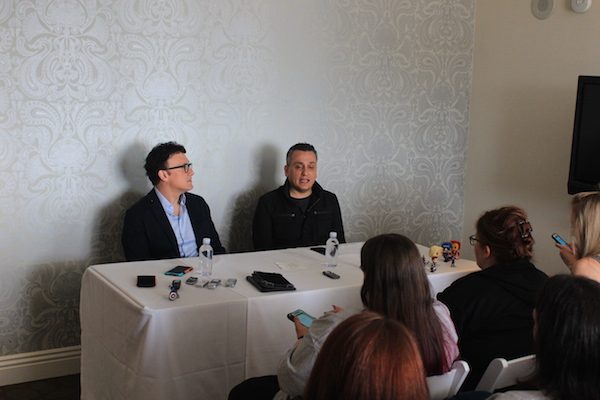 I’ll be honest. I am always more nervous to meet the directors than the stars. I’m not sure why this is, but I guess I feel like I know the characters a tiny bit already because we see their faces all the time. But the guys behind it all–there’s just this sort of cosmic mystery to them that is a little bit intimidating. So, when the Russo Brothers entered the hotel room where the 25 of us were all waiting, a sort of awe-inspiring tension filled the room. It wasn’t negative at all… more energetic–like the creative energy in the room was agitated. 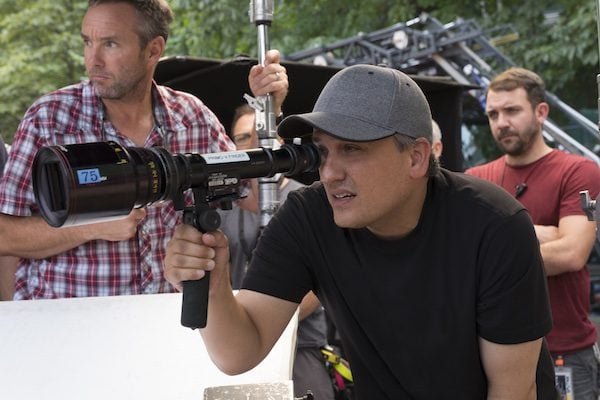 The first question was actually from Joe. He immediately asked, “Team Cap or Team Iron Man?” To which we all responded accordingly. With the 25 of us divided, our group response had to be repeated and the Russo Brothers were delighted. Joe said, “That’s what we were hoping for… that was the intent with the film… When you’re done watching the movie, [we hope] you leave the theater and you argue with your family and friends… it’s more fun that way. We didn’t want to make a declarative statement one way or the other. We just want to represent both [sides] as accurately and emotionally as we could…” 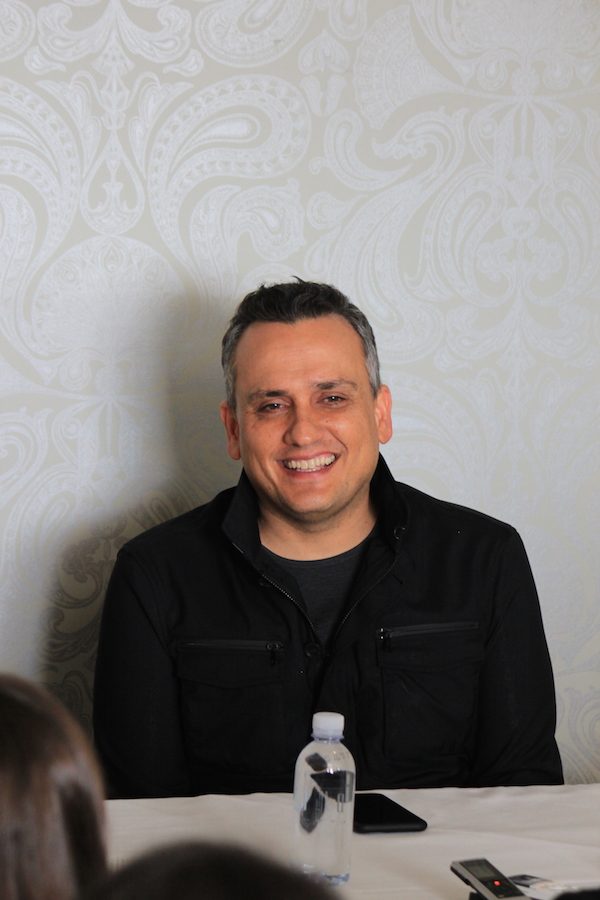 Well, mission accomplished! (Full movie review coming soon, but yeah, they killed it.) We were then able to ask a few of our own questions. 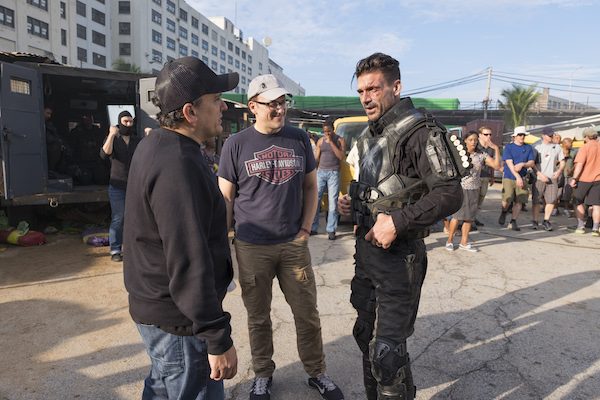 Q: Was there any rivalry between you guys writing the script and thinking out the process of the movie between Captain and Ironman?

Anthony: “No, I don’t think there was rivalry just because we both love both characters. Our process has always been very layered storytelling so we often times… we’ll sort of step through the story from different characters’ points of view. We’ll take a pass where it’ll just be all about this character. And then we’ll take a pass and it will be all about that character. We work with ensembles a lot in our work. So it’s become part of our process to really have moments where the whole movie belongs to somebody else, just one particular character for a moment as we’re thinking about the film from beginning to end… That’s the process we went through on this movie as well as with the writers…

Joe and I love characters who are exciting and fun and cool and all but also that are very human and vulnerable. We always look for that side of the character. So for us it was very important to find–where is Steve Rogers vulnerable? Where is Tony Stark vulnerable? And sort of play to those in this movie in a way that would put them in conflict with one another.” 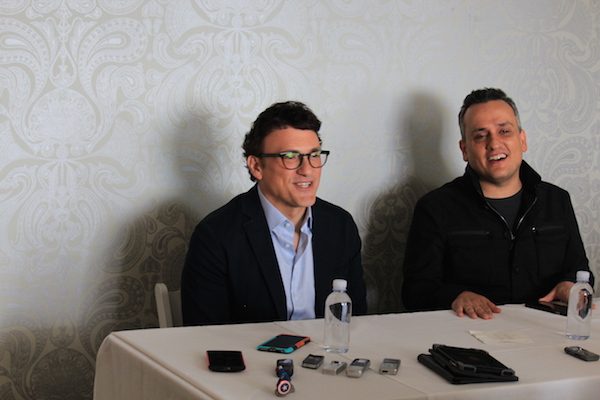 Q: Spiderman in this movie, where did you find him and are you going to hold onto that kid?

Joe: “Oh my God, yeah. Doing everything we can to hang on to him.”

Anthony: “Yeah, we’re more in love with him than anybody.”

Joe: “There was a really exhausting audition process for that role. We saw him for the first time in our office in Atlanta, it was Anthony and I. We were doing work sessions with all the actors, and he came in–Spiderman was a very important character to me as a kid, I was a big comic book collector–still have my collection in my closet to my wife’s dismay. And you know, that character was my favorite growing up. So to be able to interpret him on screen was like a dream come true.”

Joe went on to talk about what traits he loved about Spiderman growing up and said he loved his vulnerability, insecurity, and his sense of humor. But especially the ‘self-aware’ kind of humor. “He was a smart ass kid, but he was a kid.” So they wanted to have an actor close in age to Peter Parker with vulnerability and a confidence at the same time. They wanted him to be accessible but also allow him to stand in contrast to all these other experienced superheroes dealing with really adult problems. “Tom Holland just embodied all that. He brought a real authenticity.”

I know there was a lot of speculation about how Spiderman was cast in Captain America: Civil War. But I promise you, you’ll be very happy with how it turned out. Tom is so perfect for the role and I hope to see a lot more of him. 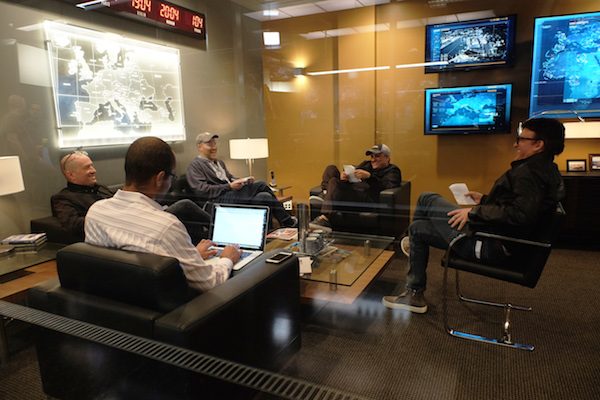 Q: What was your vision going into this film for how it would be categorized?

Anthony: “…You can’t do a movie called Captain America without… thinking about the politics of it. It’s at the center of the character, who the character is from inception and obviously in his name. So while there are still elements of the political thriller that carries us forward and kind of maybe even launches us into this movie, we always thought about this movie as a psychological thriller. And that shift was very important to us because the heart of this movie for us is the relationship and the conflict between Captain America, Bucky Barnes and Tony Stark.”

It’s what has to play out between those three characters in the climax of the film that we are driving towards as storytellers for the whole movie. We are setting up that sort of awful reveal and that awful tension that plays out between those characters in that moment. That’s why we always thought of it as a psychological thriller in terms of what happens to these characters on a psychological and emotional level when this horrible revelation comes through…” 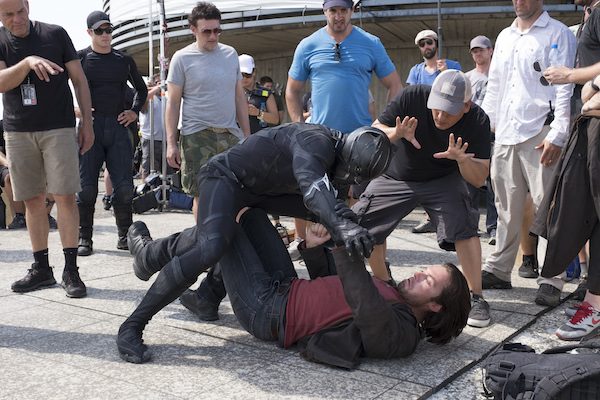 Q: When taking stories that are from comic books with a huge, loyal fan base, how are you able to decide what parts you keep and go away from in the movie storyline?

Joe: “Well, as comic book fans ourselves… I’m the first guy to line up to go see the midnight screening of a movie I’m excited about. And I’ll drag my son out with me and sit there till 2:30 in the morning and watch the film just because I want to have that immediate response to the movie the same way that everybody does want to be part of the cultural conversation about that movie. As a diehard comic book fan, I’m not interested in seeing a straight interpretation of a comic book. I already know the story. So why would I go see the movie? The Marvel Cinematic Universe, is also building its characters in a very specific way that is very different than the comic books. Film is a very different medium than comic books. You know, we have 2 hours to tell the story. And we can only put out one of these movies–once a year or every 2 years to move these characters forward. So we have to make choices that are servicing the storytelling that is built up in the Marvel Cinematic Universe.”

As a fellow comic book fan, I was super interested to hear his response and was very pleased to hear it. I never really thought about the limitations a movie has versus a comic. Plus I completely agree, seeing a different version of the story is much more enticing. 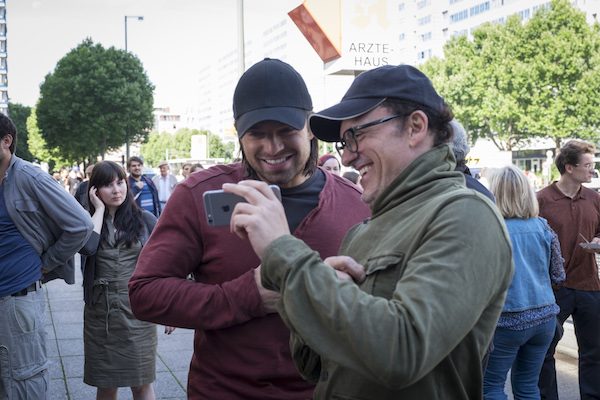 Anthony: “…These actors are good… They’re easy to direct. So getting the emotional stuff out of them is easy. The execution of action, though, is  very, very hard. And we are action fetishists, we always say… We use action very specifically to find ways to express character and express narrative through action. So that airport scene was about the biggest thing we’ve attempted to do. I was almost like a mini movie within the movie. It took months and months and months to prepare that sequence… There’s some practical shooting we did at a location in Germany called Leipzig at an actual airport there. We had to build a huge–what they call–back lot outside our studio in Atlanta where we just put down an enormous slab of concrete, surrounded and it with green screen.”

Joe: “Plus, 110° in Atlanta… we would take the temperature of the asphalt we were standing on and it was close to 125°. Guys like Chris Evans and Chadwick Boseman in full costumes standing out there. Poor Paul Bettany, I remember one day where he was hanging on wires out there in full Vision outfit and he moved his arm and his sleeve opened up and sweat just squirted out of it.” 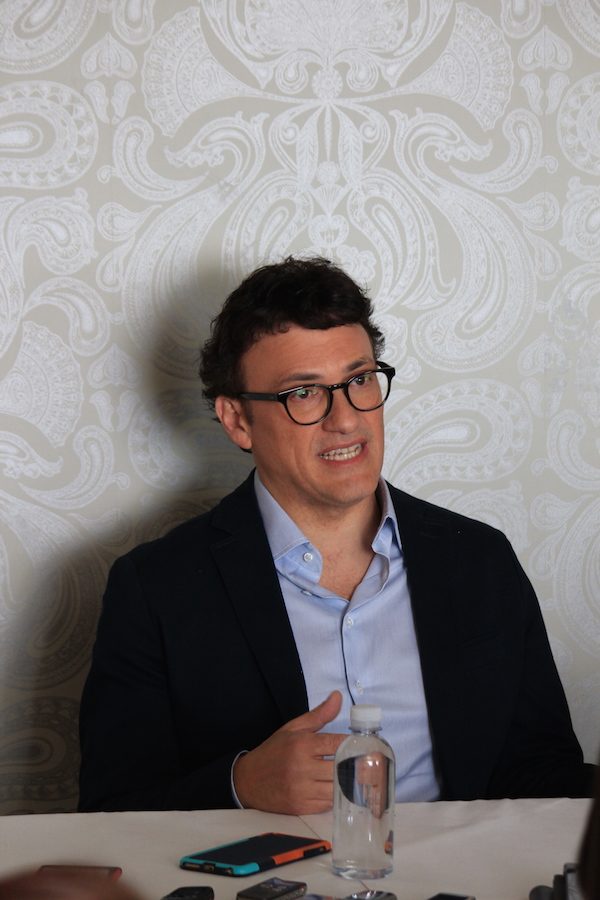 Anthony: “They were just dissolving in front of your eyes… as for most badass, the Romania sequence… it was really thrilling to be in that tunnel. We love cars, we love doing vehicle chases, car crashes. The moment where Winter Soldier grabs the motorcycle… We also love fighting…”

Anthony: “Yeah. Natasha’s amazing. I mean, Scarlett is an amazing, amazing actor. And there’s a wonderful stunt woman that works with her called Heidi Moneymaker and she’s just an amazing fighter.”

Joe: “She really embodies that character and allows us to do some of those really bad ass Natasha sequences.” 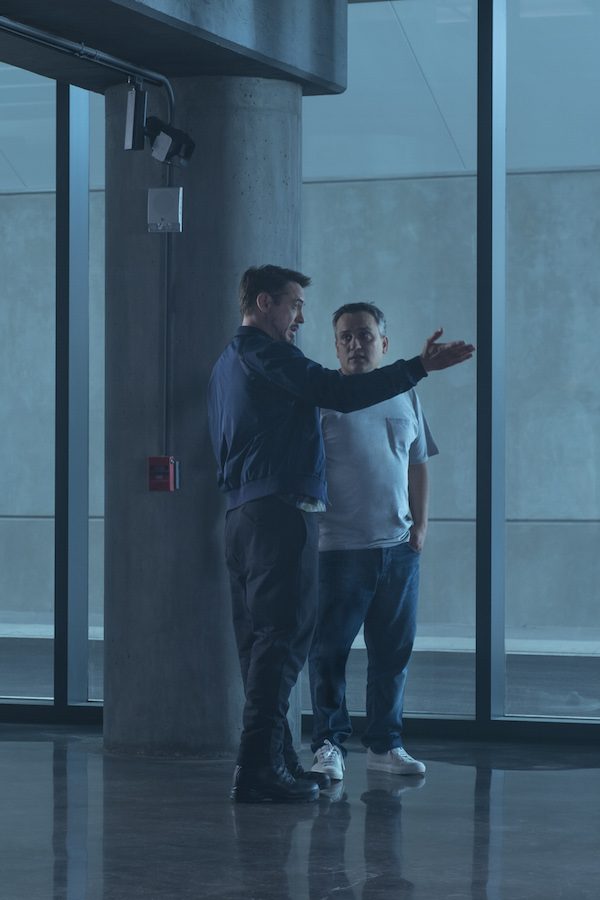 Q: The love story between Captain and 13, are you looking forward to furthering that and sharing more of that with the audience?

Joe: “Yeah, we’re sitting down and breaking into new war stories now and might be the next time you see a lot of these characters on screen. Everything’s in the conversation… the interesting thing about Civil War for us is the fact that we knew we were going to be doing the Infinity War films… there’s really a connection between the Winter Soldier, Civil War, and the Infinity War movies. It’s an arch and that arch is of this family. And this movie, it’s a downbeat in this family’s existence in the Avengers. What we thought would be most interesting heading into Infinity War would be putting these characters in the most complicated position they could possibly be in to face the greatest threat that they’re ever going to face. Can they pull together? Can they forgive each other? Will they forgive each other? Should they forgive each other? … I think you’ll see some fracturing… camps of characters dealing with each other and moving forward… but you know Captain and Agent 13 will be part of that.”

Enormous thanks to Anthony and Joe Russo for spending so much time with us! 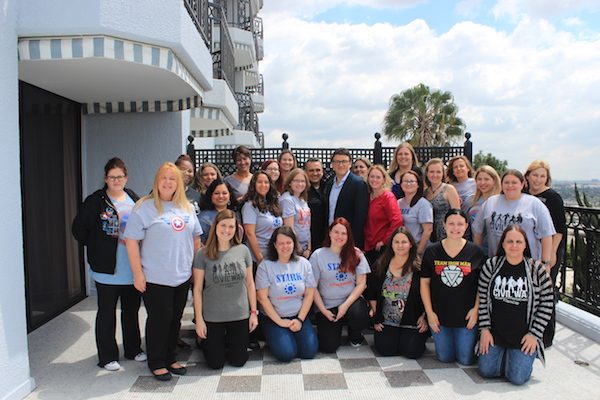 Were you aware of how incredible the Russo Brothers are?

how cool and interesting post,looks like you guys had tons of fun

Another great interview. Like hearing about how movies are made.

It looks like they did an amazing job. I need to go see this movie.