Skip to Content
Disclosure: We earn commissions (at no additional cost to you) if you purchase products from retailers after clicking on a link from our site.
15 shares

Rebranding has been a topic on our minds for years now. My sister and I talk about renaming the blog all of the time. Well, now, we are finally taking action. It’s difficult to pull the trigger on this since we really want to make sure it’s right.

I am not good at naming things. In the history of naming things, I don’t think I have ever been happy with my choices. That was definitely the case with Sweep Tight. I am too impatient and rushed. I just want to get on with it and start working, not to fuss around with names. That’s why this process was a huge deal. It’s scary to think I might end up hating the new blog name, as well. Thankfully, I am not alone and have my sister in on the brainstorming. 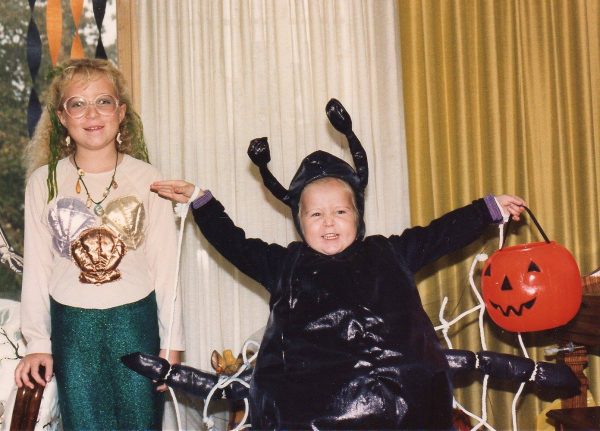 Here’s an actual conversation we had.

Me: We need to rename Sweep Tight. We rarely post sweepstakes anymore, and it just confuses people.

Shelley: Yeah, but to what? We do not have a niche at all.

Shelley: At least we are still magical.

Me: Yep. We are a magical mess.

At that moment be both looked at each other… whoa. We just found our name.

A Magical Mess fits us. We both have too many ideas to lock down a blog with one niche. Both of us always say our brains are a mess of ideas that are difficult to organize.

Most of you might not know, but Shelley and I were not raised together. I was raised by my Grandparents and Shelley grew up with our parents. It’s a long story, but we didn’t truly become close until we were older. Being six years apart, our true bond wasn’t formed until the age gap seemed to close a bit as young adults.

It’s funny to see how much we are alike having never lived with each other. Our mannerisms are eerily similar and people always notice. It’s a running joke that studies should be done. Things that people assume are learned behaviors seem to be genetic in our case. Having said that, our personalities are extremely different, too. We’ll get into more of that later.

Since I passionately believed that I was a magical flying unicorn for an embarrassingly long portion of my childhood, and Shelley is still holding out for mermaid fins, magical fits us. We have issues – who doesn’t? – but, we try to look for the magic in any situation. Life can get sad, depressing, and very messy — let’s create the magic.

As far as blog content, not much will change. Our topics will remain the same – and, yes, there will still be giveaways, but we plan to be ourselves a lot more. After over six years of doing this, I think we’ve both realized that it’s okay to show our weird and quirky selves. Sometimes it’s hard to let your nerd flag fly all across the interwebs, but that’s how you find your people, right?

Meet our mascot who we feel represents exactly what’s going on in our brains. He’s a little chubby, clumsily flying through the sky just chomping on rainbows. You know, probably not your typical unicorn behavior, but a unicorn none the less. He’s still magical. 🙂

I am so happy for both of you!! I think it is a neat name and also cool you came up with it in a conversation! I know you will both be great.

I think the new mascot is super cute, Jen! I can't wait for the naming contest. And, yep, I think you are magical. :)

See, if you both didn't let your 'nerd flag fly' I don't think we would have become as close friends as we have! And I say close in the sense that not many bloggy friends become close due to distance and whatnot but we can see each other and get to know each other more often seeing as we're closer than most. Plus I'm convinced I was a cat in a past life and I'm obsessive about unicorns so I think we all pair very well. LOL I'm excited for this new journey for you both and can't wait to see the new design (because we all know there will be a new design)!

That is so true! And we are both thankful to have found YOU! You are our people! xoxoxoxo <3

I've been reading your blog for many years and will continue to do so whatever you name it. I believe in magic...