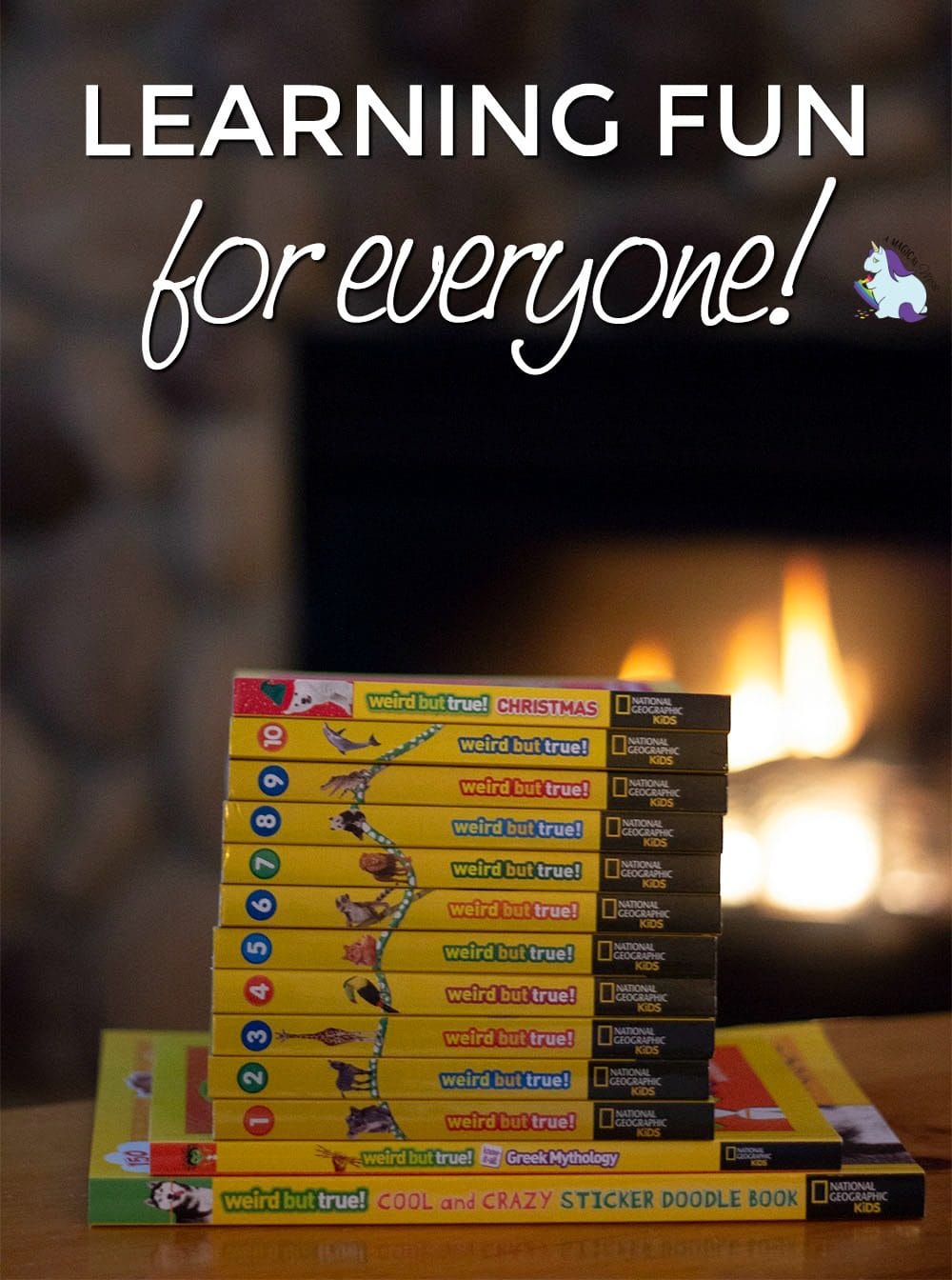 Weird but true facts are fun to learn at any age. Acquiring knowledge always feels good, but it’s those quirky, random gems that make our eyes widen and remind us that there’s still so much to learn about the world. Books were sent to me for this post, but all opinions are my own. 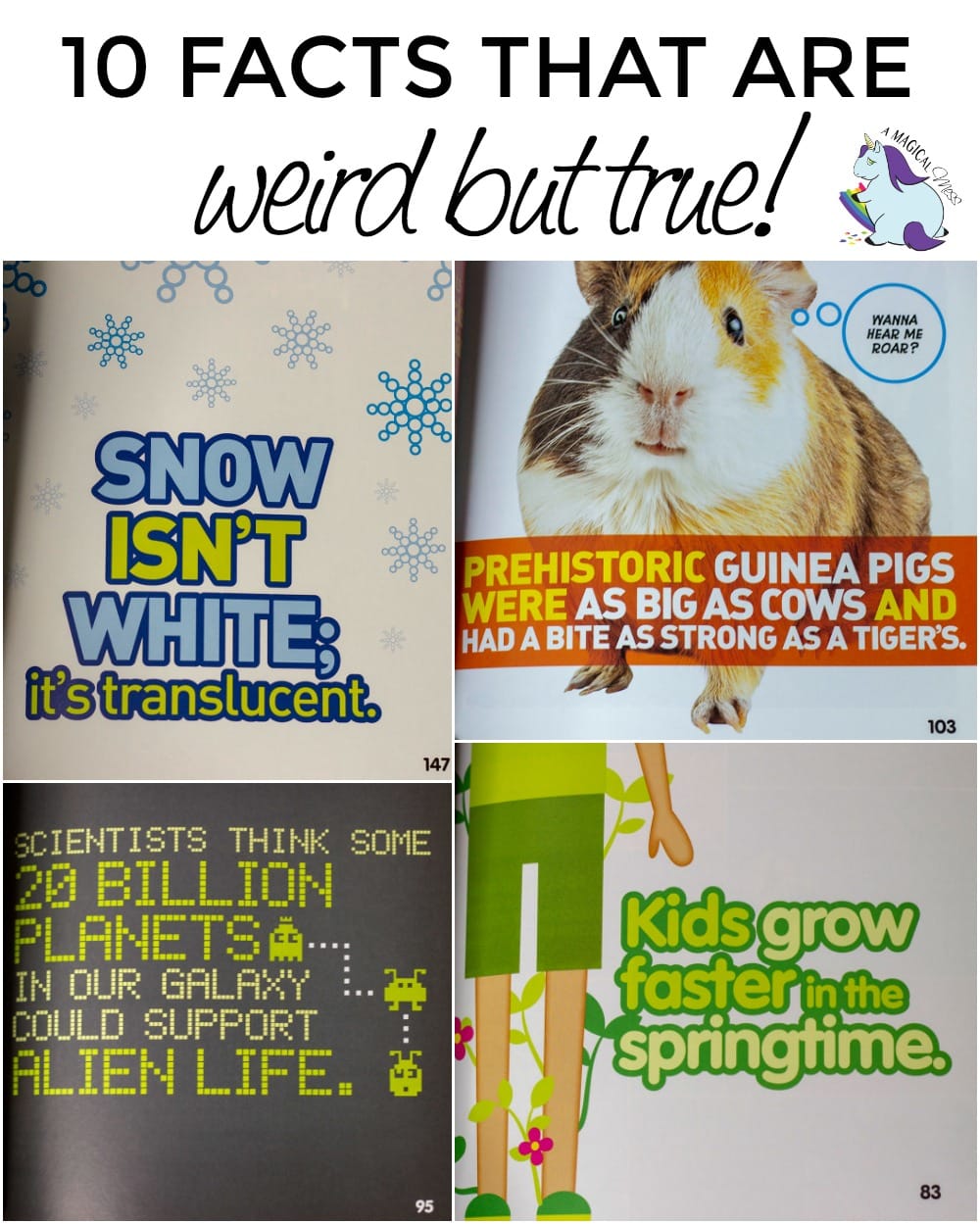 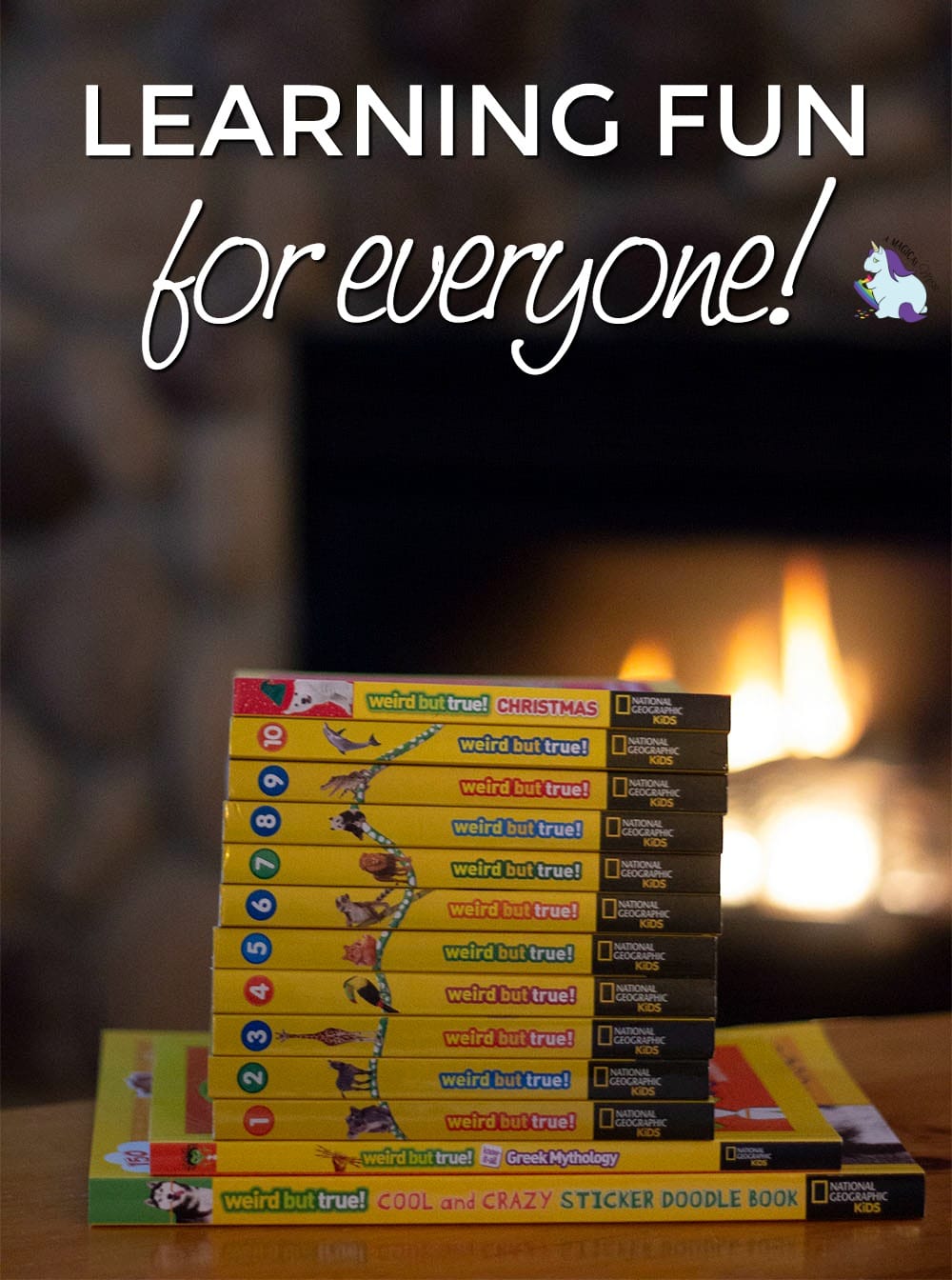 Where did I learn all these fun facts? From the popular line of National Geographic Kids books. Although most of the books are recommended for ages 8-12, I found myself flipping through the pages in awe.

Whether you homeschool your kids or like to cozy up with the family to read on cold, snowy nights, National Geographic Kids books are packed with facts paired with stunning visuals. 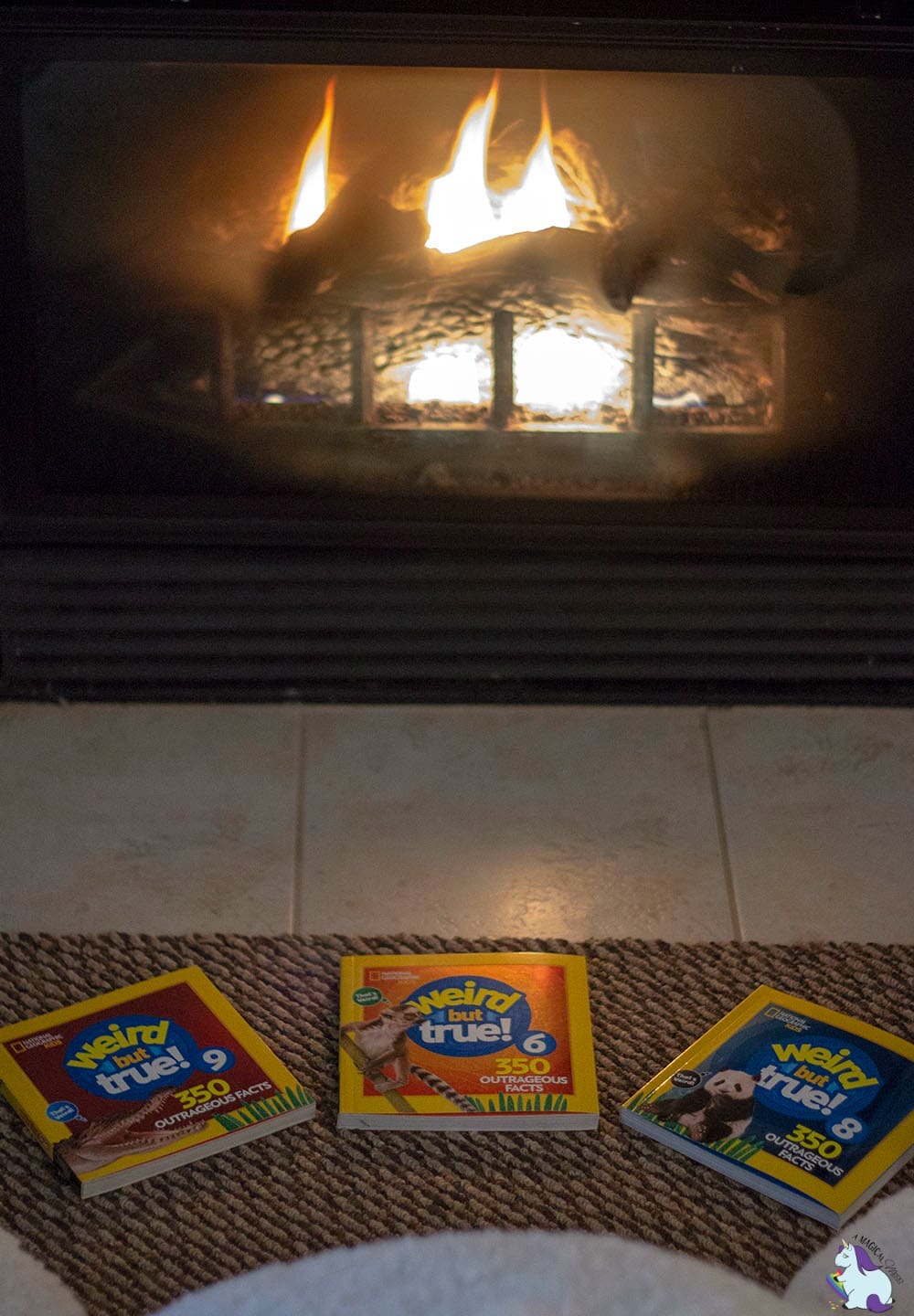 Each fact includes zero explanation which leads to more discussion and the need for further research. Learning interesting tidbits of info is the perfect way to open the mind and ignite curiosity. You can send family members on mini-research projects to gather more info about the hows and whys of their favorite facts.

Trust me; I spoiled nothing by listing ten facts. There are thousands of weird but true facts in the still-expanding series of National Geographic Kids books. 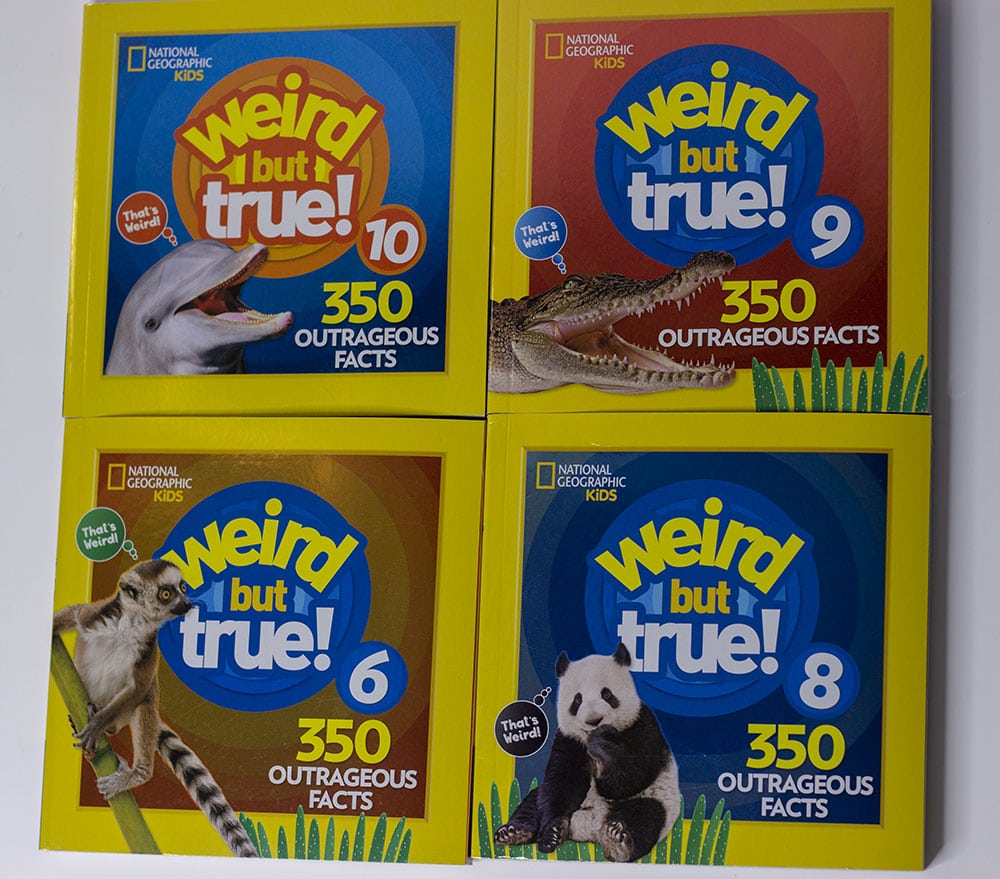 It’s no surprise at all that the Weird but True! book franchise is considered the gold standard in educational and entertaining books for kids. With over 5 million copies sold, published in over 15 different languages, and featuring a broad range of topics from science to food to pop culture, Weird But True! books capture kids’ attention and get them reading. 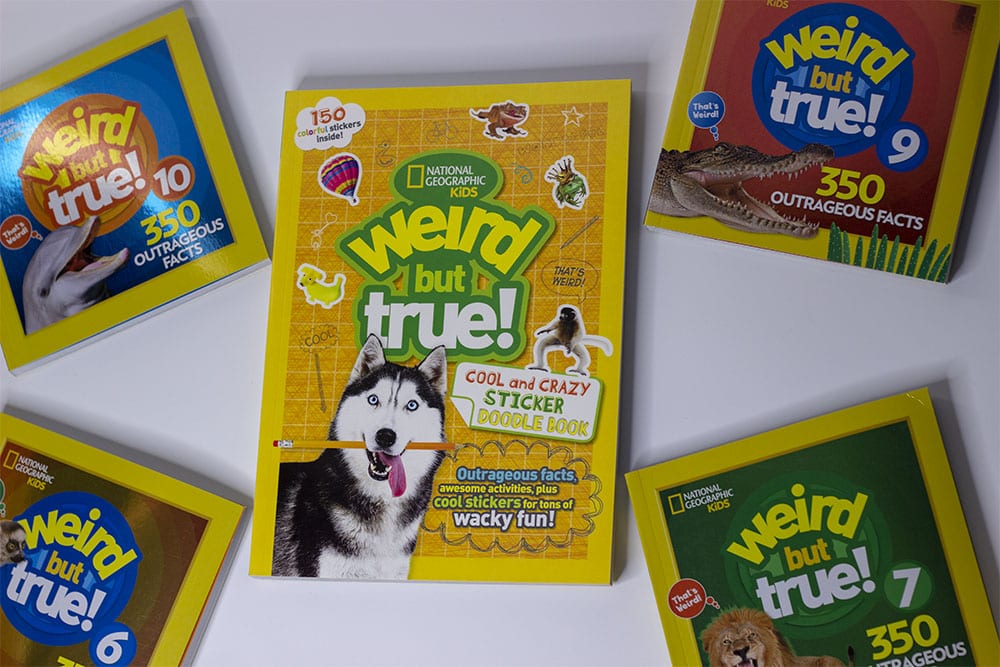 Books included in the prize pack –

great for my nephew.

These are seriously the coolest books! My son first found one at a school book fair years ago and has been obsessed ever since.Now he reads them with his little sister and they can spend literally hours just reading facts and looking at the pictures.Love these books!

My son (who is now 18) used to love these types of books. At book fairs, he always gravitated towards Weird but True, Ripley's, and Guinness Books. Now I have a grandson named Jojo who loves these types of books - he's gladly inherited all of my son's books and is always looking for more.

I think these books would be so fun. Great photos and information al in one!

I want this for my nephew!