Skip to Content
Disclosure: We earn commissions (at no additional cost to you) if you purchase products from retailers after clicking on a link from our site.
108 shares

Anyone who watched the drama unfold on season 20 of The Bachelor, undoubtedly fell in love with Ben Higgins and Lauren Bushnell. They are just so stinkin’ adorable together.

We can now follow them in the next chapter of their lives together on Ben & Lauren: Happily Ever After? Which airs on Tuesdays on FreeForm at 8pm EDT. This experience was part of an all expenses paid press junket but all things shared here are totally real. 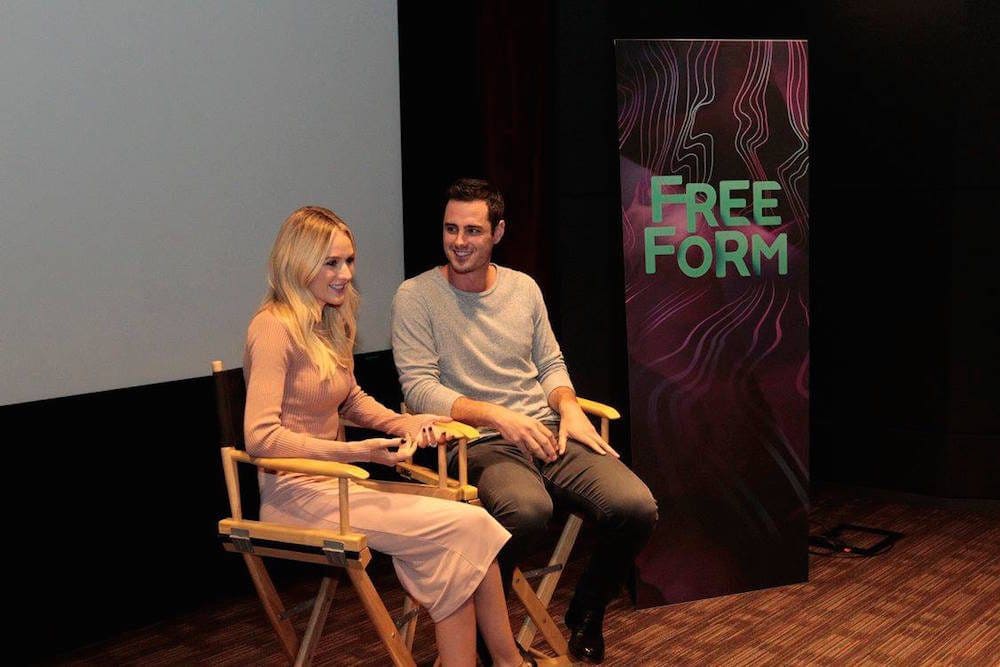 Last week’s episode was absolutely hysterical. (The one with the National Anthem prank.) We had just finished screening it when Ben Higgins and Lauren Bushnell came in to the private screening theater. Let me just say, the moment they walked in, you could just feel the chemistry between these two. They are downright adorable together.

Ben confirmed that this show is totally unscripted. He had no idea he was being pranked and went into detail about how sick he was to his stomach with nerves. Lauren really got him good! 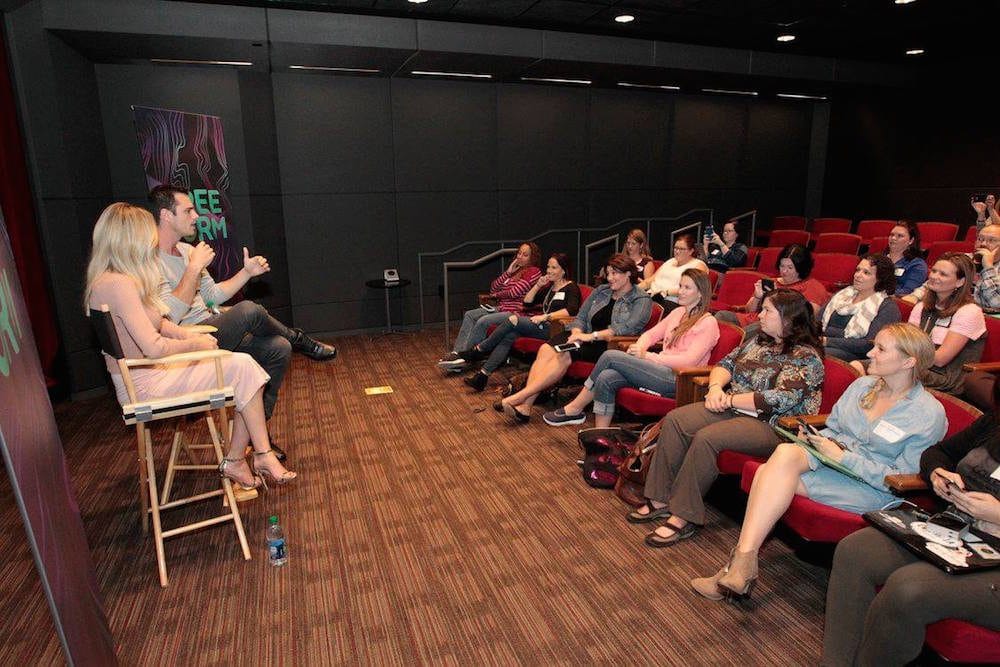 Have you gotten her back for the National Anthem prank yet?

Ben: “I try to when we do press. Because then it’s live. I try to drop little bombs on her where she has to try to fix herself. Like, I say she LOVES Cher. And then it’ll be like, ‘well, sing us a Cher song.’ She doesn’t know a Cher song. She doesn’t love Cher. I try to get her back, but she’s good at it. She’s talented.”

How long have you been into Renaissance Fairs?

Ben: “Since I was a little boy. We [Lauren and I] had the best day. I think one of the coolest parts is showing Lauren that people can be completely, for lack of a better term, weird. Just be someone else for a day and everybody acts in character, and nobody is judging you for anything. You can go there, be something completely different, then you go back home and take off your costume, and you’re mowing the lawn.

Lauren: “It was actually really fun. We were talking about if we have kids one day, it will be so fun and great. They have all the little girls in their princess outfits taking pictures of each other like princesses. 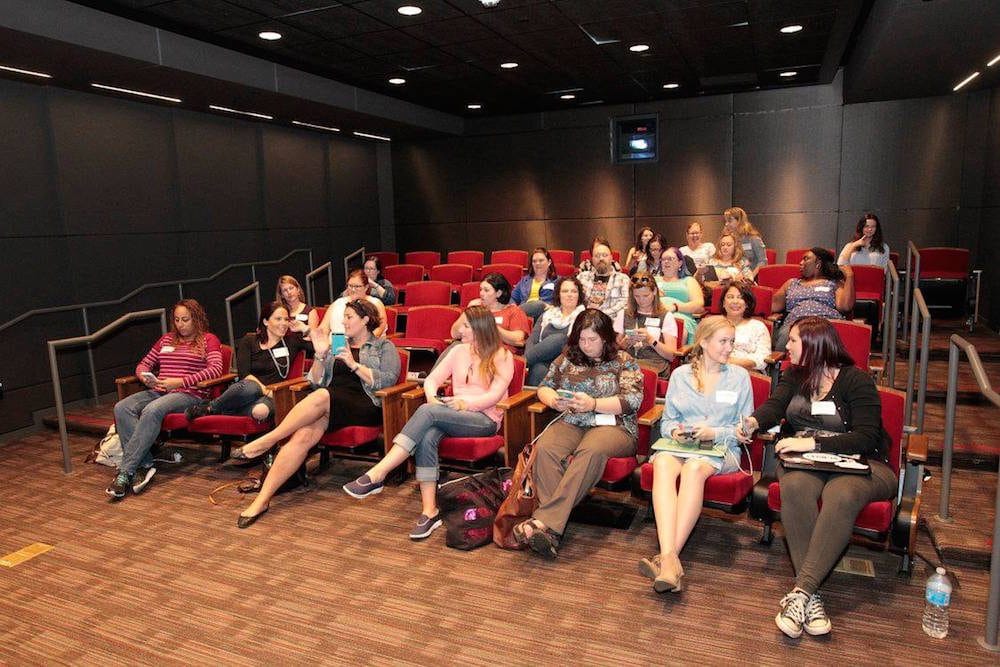 With your families in different states, do you guys have holiday plans?

Lauren: “I think we finally figured it out a little bit… It’s something that probably a lot of couples go through. You’re like, ‘wait, what family do we spend it with?’ His family is in Indiana, mine’s in Portland. So, I think we’re going to do alternate Thanksgivings… then, hopefully every Christmas we’ll try to go to both places. That is one great thing about this whole show–it’s allowed us to have a little bit more flexibility when we’re not filming, so we can take 2 weeks around the holidays and go to each separate household. That’s kind of the plan as of now.” 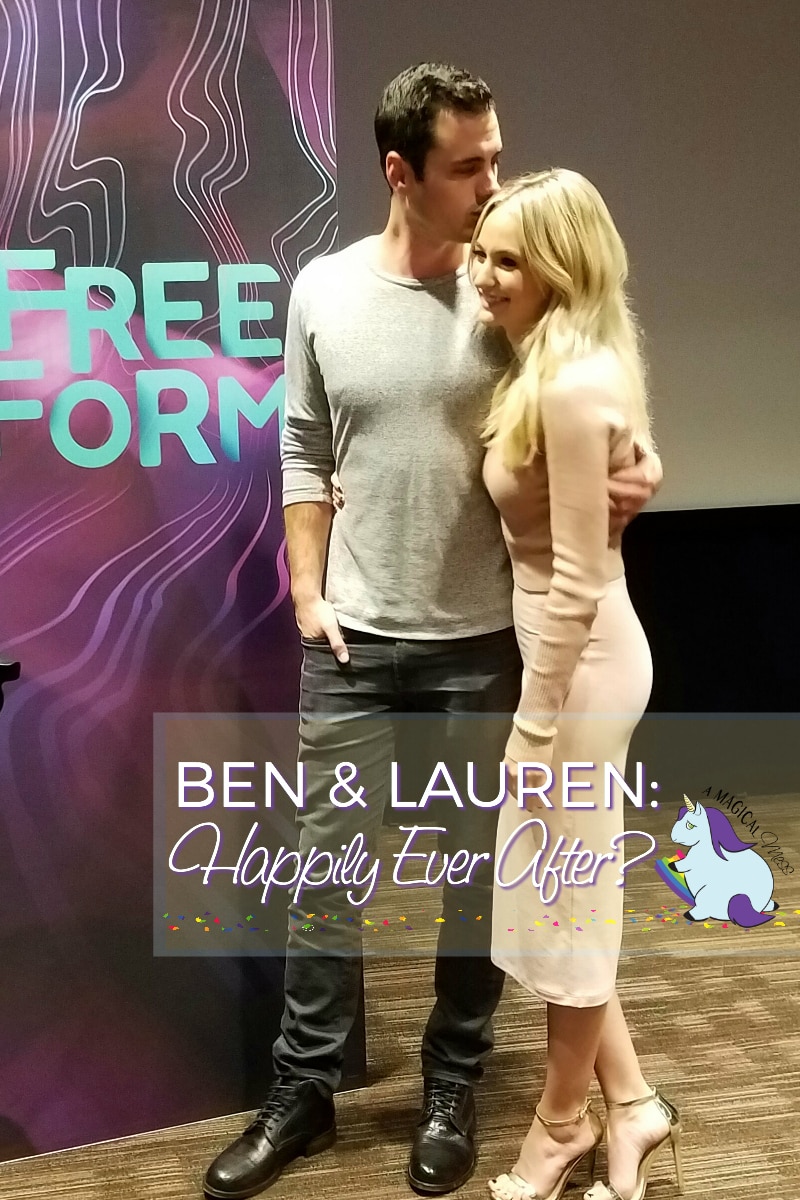 Any plans for Halloween?

Ben: “After we leave here [LA], we have a couple stops. We go to Chicago, then to Tampa, then we’re going on a little vacation to get away. Go to the islands for a couple weeks, or just a full week. For the first time, it will be our first vacation with nobody with us. We’re just going to stay through Halloween for that.”

Lauren: “We get back to Denver, on Halloween, so I don’t know if we’ll dress up. I love handing out candy.”

Lauren: “I’m sure. You already have a costume!” (Referring to his Renaissance attire.) 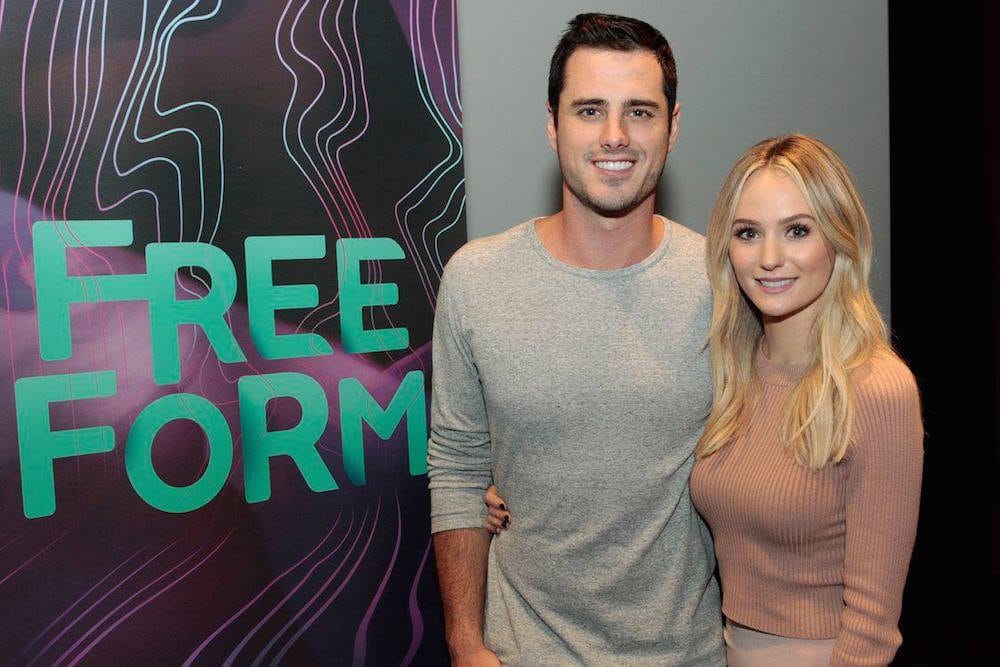 Are you sure that Lauren doesn’t have a prank planned for you for Halloween?

Ben: “I wouldn’t be surprised.”

Ben: “She’ll sneak something in. She acts all innocent but she also likes to put me on the spot. Live television is our favorite thing to do because then we can say something and make the other person react. So, I’m sure by the end of this, she’ll come up with something.”

Lauren: “My fave–usually, my go-to prank isn’t really a prank, but I like to scare him.”

Lauren: “I hide behind the corner of the sofa and every time, he jumps.”

Ben: “She’s–this is good–so we’re in Indiana with my family and I see her kind of like, crawl across the living room floor. I can just see her feet, like scurrying behind her. She gets behind my parent’s liquor cabinet. There’s a big window on the other side and I’m on the other side of the window. She doesn’t think I can see her, but I can see her feet sticking out. So I just sit down. If she’s going to hide, let’s see how long she can hide for. I think she was there a good 10 minutes of just laying on the ground, waiting for me to open the door.”

Ben: “Yeah, she’s resilient. Very patient. As long as she can get the scare in.”

Lauren: “But then he ended up scaring me because he saw me and he banged on the window. I was caught in the act.” 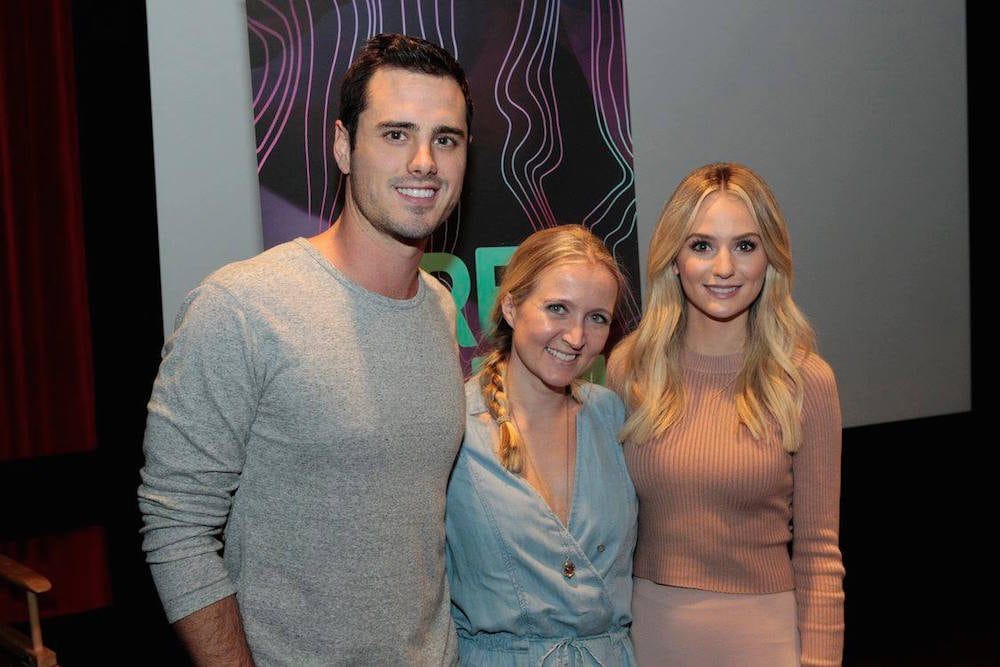 What’s been the hardest thing about falling in love and now moving towards this wedding on camera?

Ben: “I think for me, I think it was Us Weekly had a nice little header cover, they said I put her through hell. And I think, in a sense, I did. I think that was the hardest part for me. Because you come out of this and you’re so happy. I remember that feeling of getting down on one knee with Lauren and knowing that I didn’t have to break up with anybody anymore. That I have her…finally…this worked… how in the heck did this work?! I ended up with this woman that I’m so in love with, and that I know is going to be the person I spend my life with, on this show?? And then you realize how much all of the stuff that happened on the show is actually going to affect our relationship. The fact that I didn’t tell Lauren that I told somebody else I loved her. The fact that I did date a bunch of other people at the same time I dated Lauren. The fact that I’m still a bachelor in everybody’s eyes, for the next five months… so as we’re engaged, and we’re falling in love, we’re actually starting to actually date for the first time and we’re sharing these moments together. Some of my hardest moments as a bachelor was when I was stressed out, or when criticism would occur. But I couldn’t necessarily bring it home to Lauren. We had our own stuff going on when it came to the show. So it was a difficult time. That was the hardest on me because there’s not an easy way. I never wanted to tell her, ‘hey, I didn’t do that’, or ‘hey, the show produced that’, or ‘hey, that was edited that way’, because it wasn’t. My strategy was to tell her everything right away. As truthful as I could. Let it sit, let it settle, and we’ll work through it as we went. I would tell any bachelor that ends up with somebody he really cares about, or any bachelorette, to do that. It wasn’t easy, but it works.”

These two have really set the bar high for relationship goals. They have such a great bond and are clearly great communicators. I’m so happy for them and cannot wait to watch the rest of their journey.

Tune in to Ben and Lauren: Happily Ever After? on Tuesdays at 8pm EDT on Free Form

After Ben and Lauren: Happily Ever After?, stay tuned and catch The Letter. Four Hollywood BFFs risk it all by taking ‘The Letter’ challenge. If you could be totally honest about something serious with your best friend in a letter that could change their lives, what would it say? This show is so powerful and interesting. Check out this video to get the idea.

How have your relationship goals changed after reading about Ben Higgins and Lauren Bushnell?

I'm just going to admit it: I don't know who they are, lol. (Obviously, I'm the only person left who has never seen the Bachelor.) Well, I wish them luck.

Wow, you got to see them in person! They are so cute together. Thanks for posting!

Since I don't have a TV I've never seen any of these. Cute couple.