I recently had the opportunity to take a look at the new LG televisions coming onto the market this season, and they are amazing. Their new OLED technology is amazing. It’s going to change television forever. I participated in this event through Cooperatize and am being compensated for this post. As always, I speak the truth, and all opinions are 100% my own. I want to also give a quick shout out to Ted, the account director at the event for providing me with the full presentation to pick and choose images from. They’re super informative.

LG Televisions are the Future

I’m a geek. Scratch that. I’m an UBER geek. In fact, I think the television is the single greatest technological advancement in recent history. Without it, how would I watch movies or play video games? That’s why I was pumped out seeing the new LG Televisions. I wasn’t disappointed in their epicness. They are truly astounding. Before I get into all the glorious awesomeness that is LG televisions with OLED technology, I’d like to show you the evolution of televisions. 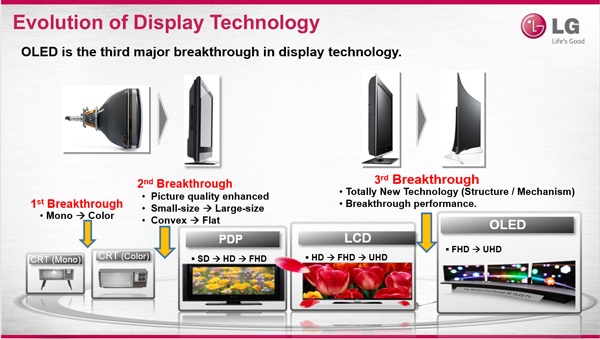 I’ve actually been able to see the evolution of television first hand. My great grandmother had an old school television from the 60s. My grandmother had a big tube television. Like we all used to have. I had a flat panel that was actually hot to the touch. Currently I have a full HD television, and it’s great. BUT… it’s nothing compared to the new LG televisions that are coming out. Without further ado, let’s talk tech. Because that’s the fun part!

What is OLED Anyway

OLED stands for Organic Light Emitting Diode. Basically, there’s no more back light. Each diode in these new LG televisions gives off its own light. What this means for your peepers is an incredibly crisp picture with super deep blacks, crisp, bright whites, and a major reduction in blue light. Blue light is what you get with your PC monitor and your smart phone. It’s the light that makes your eyes tired. It really is amazing the picture you get with the OLED technology. Watching the LG televisions with this technology and coming home to watch my own set is like the difference between watching a Full HD television and then going home to watch a tube model. It’s that impressive. Take a look at this to see why. 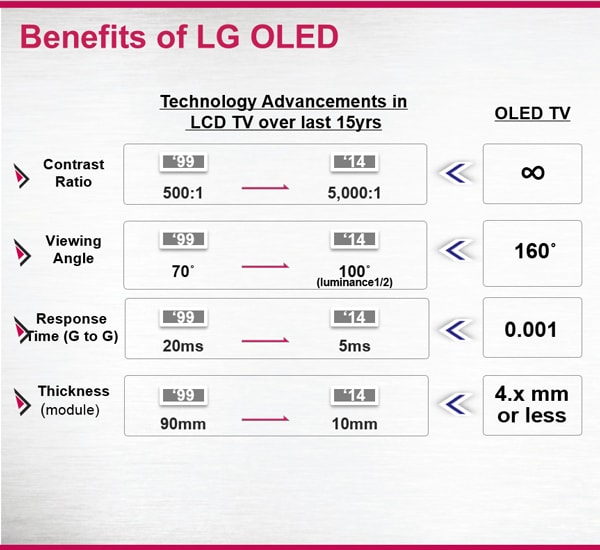 You may or may not know what some of this means. Luckily you have me, the uber geek, to guide you through this. When we come out the other side, you will be amazed.

Get a Load of the Goodness

I think I’ve covered all the technical reasons why the new LG televisions and their OLED technology – that’s Organic Light Emitting Diode in case you forgot – is going to absolutely change the face of television. Let’s see some real world examples. I took these pictures at the event. While the lighting wasn’t conducive to professional quality pictures, and my 16 MP camera definitely does not do these new televisions justice, you can see the difference. It’s a BIG difference. 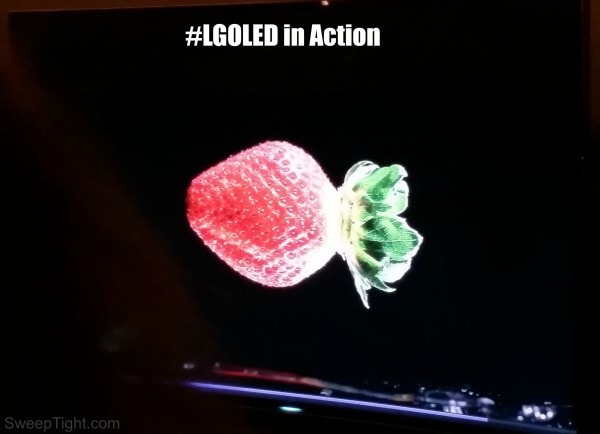 That’s not a fuzzy picture. That fuzzed outline you see is actually the hairs on the strawberry. THE HAIRS! Also notice that amazing contrast. 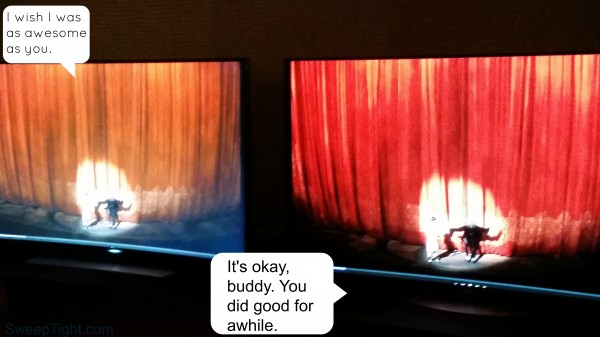 This is a side by side comparison of standard technology versus the new LG televisions and their awesome OLED tech. The lighting was bad, and the pictures are grainy, but I included this because it’s NOT a stock photo. I didn’t auto correct levels. I didn’t do anything except put in these fun little captions. Notice the difference in color saturation. The OLED television is on the right. It’s so much more vibrant. 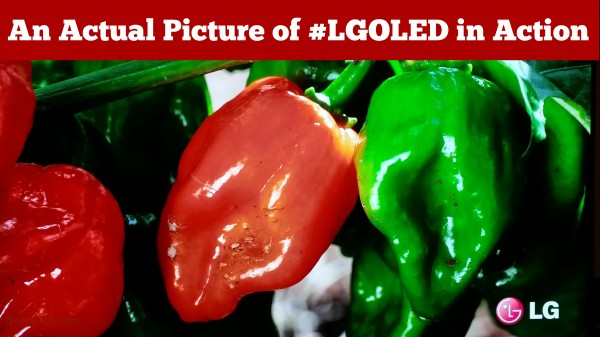 Again, this is an actual picture that I took, not a stock photo. Look at the colors. Look at the blacks and lights. It’s awesome.

As you can see, the viewing angle is amazing. There’s no color wash. There’s nothing but an awesome picture. Obviously I wouldn’t want to watch TV from the side, but I think it’s cool that it can be done!

LG Televisions are the Future

I already said that, I know. I said it again because I can’t get over the awesomeness. As a geek, this is like the holy grail of television, movie, and gaming goodness. I cannot WAIT for these to hit the shelves. I’m socking money away right now to get my set.

My son sells televisions and he won't let us buy anything unless its LG. I can't believe all the capabilities of TVs on the market, it's amazing.

LG is making advancement in their technology. Their appliances like this television looks great!

Ahhhh isn't it crazy what technology can do!!! My dad will probably be all over this soon!

Let me tell you something. There is nothing geeky about TV! W’re all geeks then! That’s amazing to see the fuzz on that strawberry like that.

TeleVisIons just keep getting better and better! This television sounds awesome! Thanks for sharing!