Skip to Content
Disclosure: We earn commissions (at no additional cost to you) if you purchase products from retailers after clicking on a link from our site.
1.9K shares
Jump to Recipe

I wanted to make a poke cake recipe for Memorial Day. Since I had never done this, I thought I’d better do a practice run first. Every time I shop at Mariano’s, it seems to get my creative baking juices flowing. The place is not just a grocery store, it’s an experience! That sounds funny, but you need to see for yourself. I rallied my sister, niece and a friend to take the trip to the Frankfort Mariano’s for a #cbias shopportunity.

This Mariano’s is a little bit of a cruise for us. It’s definitely not close enough for weekly shopping trips, but we love it so much that we plan dates to go. It was really funny because we ran into a guy that does the same thing! He lives nowhere near the store, and yet makes the drive to go there. We all laughed about it. #MyMarianos is just THAT awesome! Plus, the prices are great, and even more savings when you have their free rewards card. It’s like a friendly community more than just a grocery store. 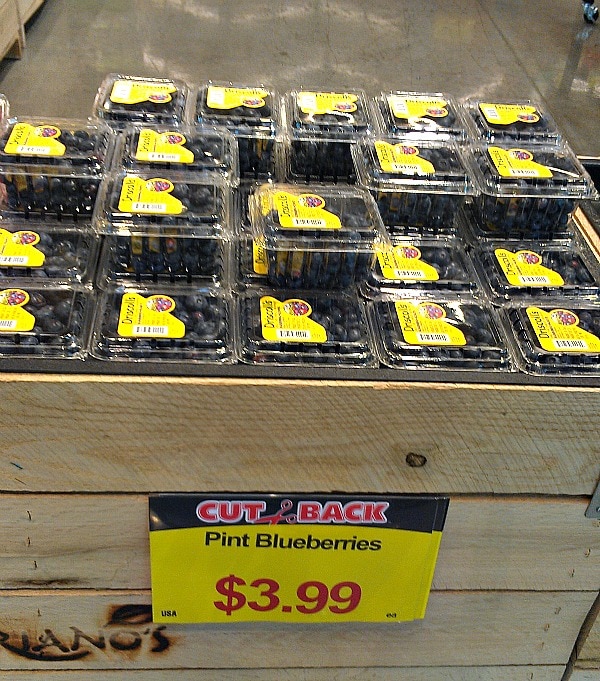 One look at their produce section and I was inspired. I swear everything in there is flawless. As soon as I spotted the blueberries, I knew I wanted to include them into my cake recipe. Seriously, how can you pass up these beauties? 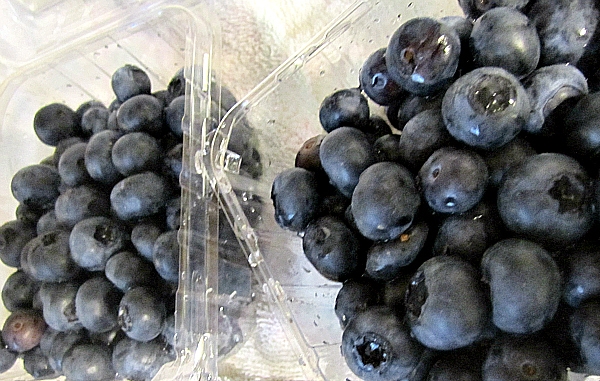 Since the prices were good, I went ahead and bought two containers. Blueberries will never go to waste here. In fact, I used a few right away in my new Aqua Zinger!

On to my poke cake recipe… Ever since I saw the poke cake idea on Pinterest, I had been eager to try it. I decided that lemon pudding might be delicious along with the blueberries. Yep, I was right! 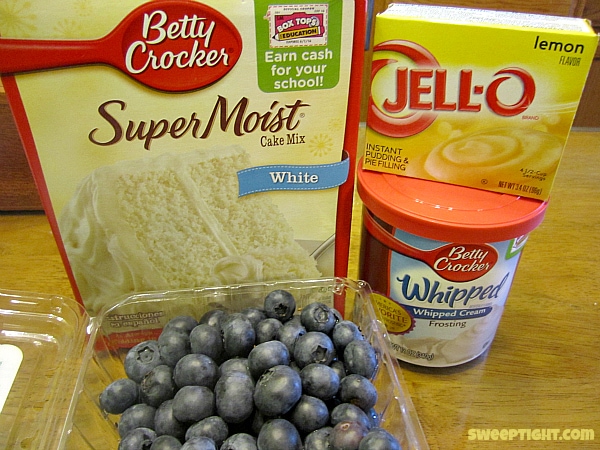 To make a “poke cake” all you do is bake a cake and then poke holes into it. Then fill the holes… I have seen it done with Jell-o or with pudding. The possibilities are really endless. I chose white cake mix and baked as per the instructions.

Using a wooden spoon handle, I carefully poked holes into the semi-cooled cake. I spaced them about 1″ apart. I used a divided tin because I couldn’t decide to include the blueberries IN the cake or not. I did one section with the blueberries in the batter, and one without.

Make the pudding as directed and pour over cake before it fully sets. It soaks in better if it’s not to the full “pudding” consistency. Place in the refrigerator and chill for a bit. 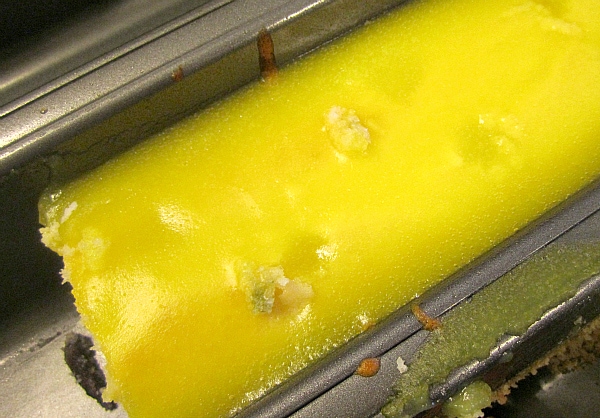 Once the pudding has soaked in and set a while, it’s easy to remove from the pan. I chose to serve some with just the pudding as the topping, and some with the pudding scraped off the top and added frosting. I did that with the non-blueberry cake. 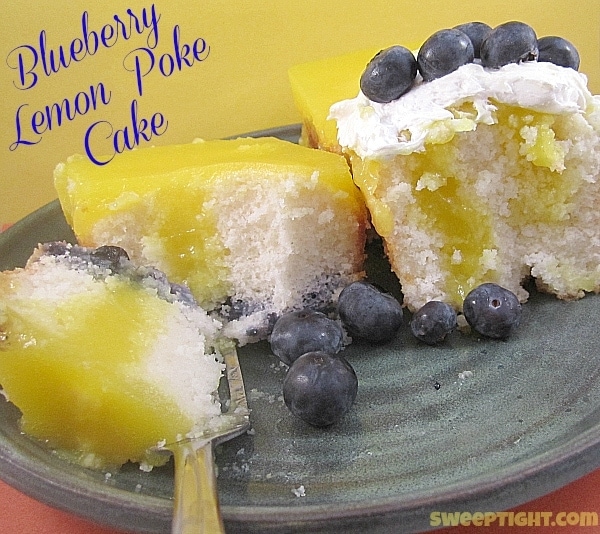 It’s up to your sweet tooth which one you would prefer. Both are really tasty, but the one with the frosting is a lot sweeter, obviously. I preferred the cake with blueberries inside and only pudding topping. The blueberries sunk to the bottom while baking, so it’s nice to add some to the top, too. It was so delicious and refreshing! Mike leaned toward the one with frosting and blueberries on top.

Either way, it’s a definite “win” for a Memorial Day cake recipe! 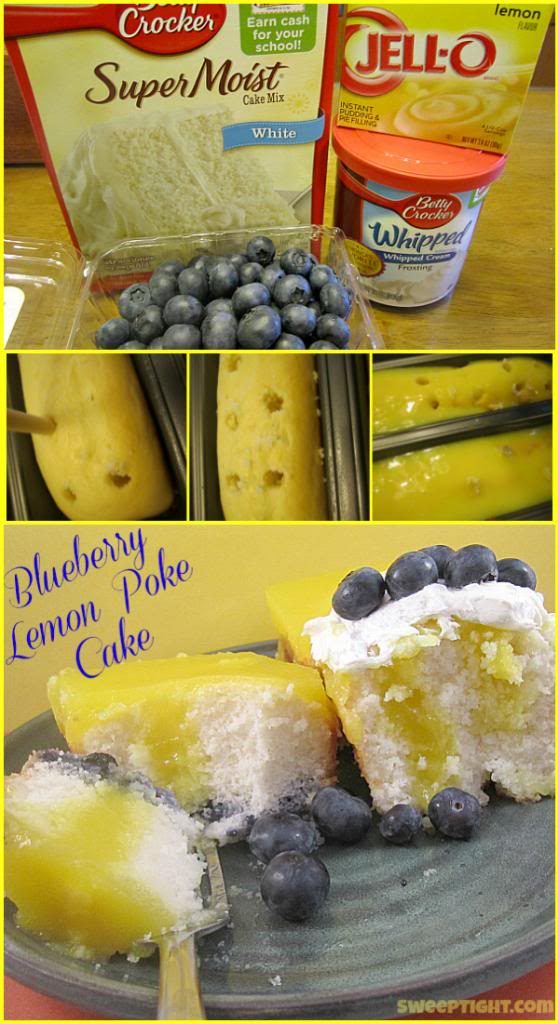 Did you pin this recipe?

I am a member of the Collective Bias®  Social Fabric® Community. This shop has been compensated as part of a social shopper insights study for Collective Bias and Mariano’s.

This looks so good!!! What a great baking project to do with the kids too!

Wow this looks delicious..I love desserts with lemon and blueberry..such a great mix.

thanks for the recipe - these look great!

Looks yummy and fun to make with the kids!

I've been making poke cakes for years! So easy to make and always so full of flavor! And the best part is you can use just about any pudding flavor and any fruit!