Skip to Content
Disclosure: We earn commissions (at no additional cost to you) if you purchase products from retailers after clicking on a link from our site.
103 shares

Family Feud has been on in the background of my life for as long as I can remember. Playing on the kitchen floor at my grandma’s house it was on the tube. While my mom folded laundry that iconic buzzer was going off every time someone shouted an incorrect answer. Now it will be something my kids look back at nostalgically because I still can’t get enough. I couldn’t be more excited to announce that a special edition is running to help the favorite charities of the participants in CELEBRITY FAMILY FEUD! While on the press trip in LA, 25 bloggers including myself had the honor of being part of the live taping. We even got a special VIP photo session on the set! 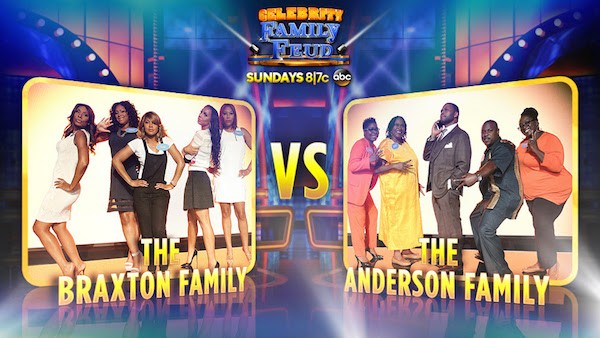 Family Feud never disappoints. It’s been great and has only gotten greater. I mean let’s just face it, Steve Harvey is the man. Anything he does is simply fabulous, funny, and entertaining. He makes Family Feud irresistibly hilarious. I’ve spent more time than I’d like to admit just watching the ridiculous outtakes on YouTube.

To make it all increasingly great, for the next 6 weeks, episodes of Celebrity Family Feud will air on Sunday evenings at 8/7c starting tonight! (June 21, 2015.) The celebrity families will be competing for their favorite charities!

We got to see the live taping of the episode with Ed Asner (Up) and Vicki Lawrence (Mama’s Family).

I won’t give away anything more than that. It’s simple: Just don’t miss it! 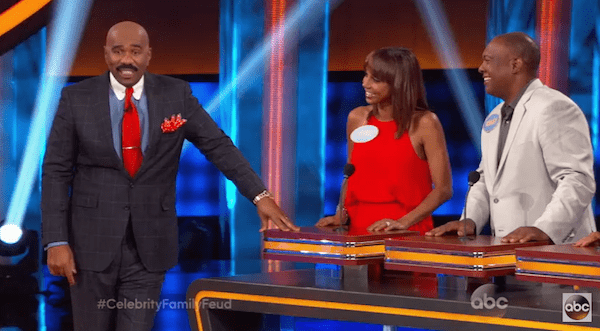 Being a member of the live studio audience was an incredible experience that I’ll never forget. When I first entered the room my breath caught in my throat. I had never dreamt I’d be standing on such a familiar yet awe-inspiring stage.

The entertainment was seamless. Before the filming started there was music playing, dancing, and people being pulled from the audience to come up and show us their moves. Once filming began we all had the special job of reading the survey results out loud in unison and cheering for the teams.

In between takes Steve Harvey interacted with the audience. We were told he sometimes does a little stand up comedy, but we got to experience his spiritual side. He spoke to us about how to make our dreams come true with dedication and hard work. Nothing I can type here will be anything like hearing Steve say it. His delivery was so powerful and inspiring. I left feeling like I could do anything. 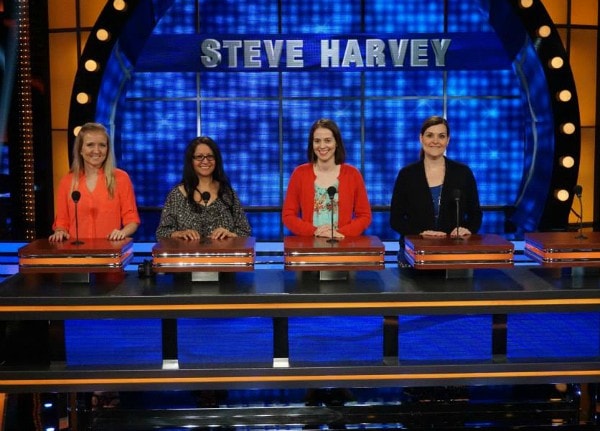 Then something truly amazing happened. We were allowed to do our own photoshoot on stage. We only had 15 minutes so–being the badbutt bloggers that we are–we utilized this time efficiently and got everyone in posed shots perfectly. 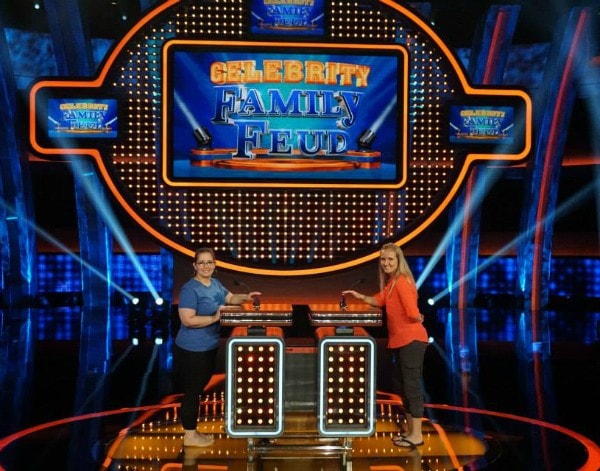 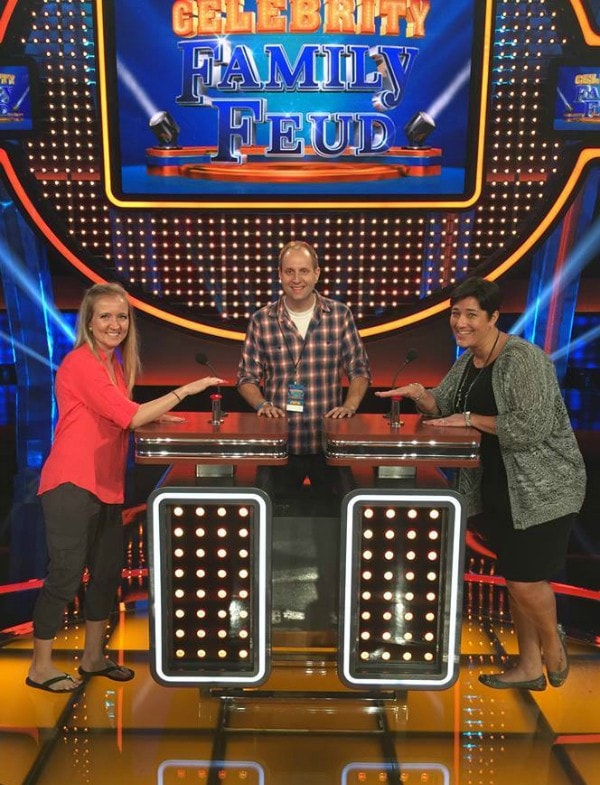 Make sure you tune in to see who is going to win cash for charities!

If you could play for your favorite charity, which one would it be?

I love watching Family Feud and playing along when watching. Some of the players answers can be so funny. Awesome game show!

How fun to be in on the taping and get to go on the set.

I really liked the show Celebrity Family Feud, and watched it on Sunday. It was a blast and I really like Steve Harvey as the host!