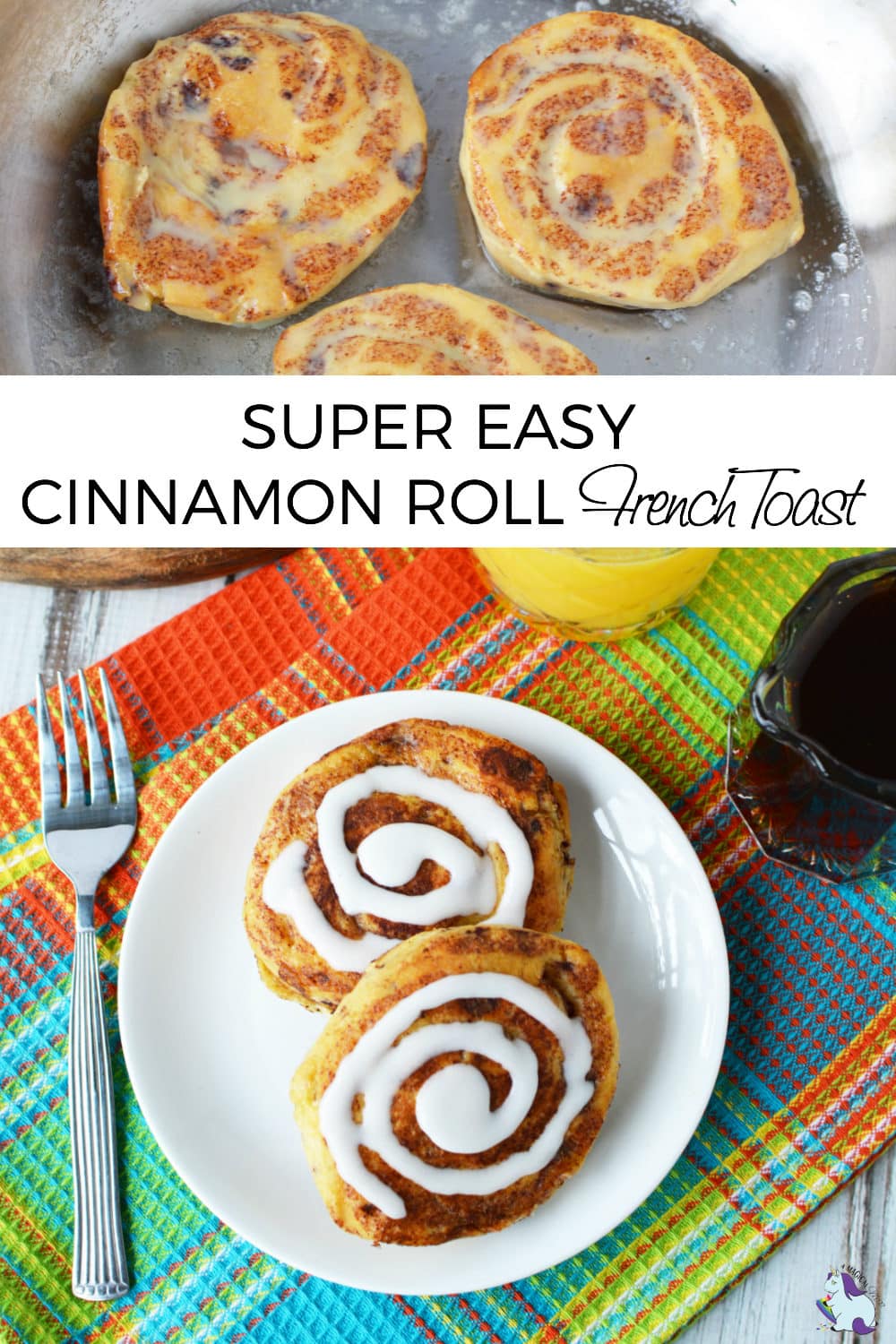 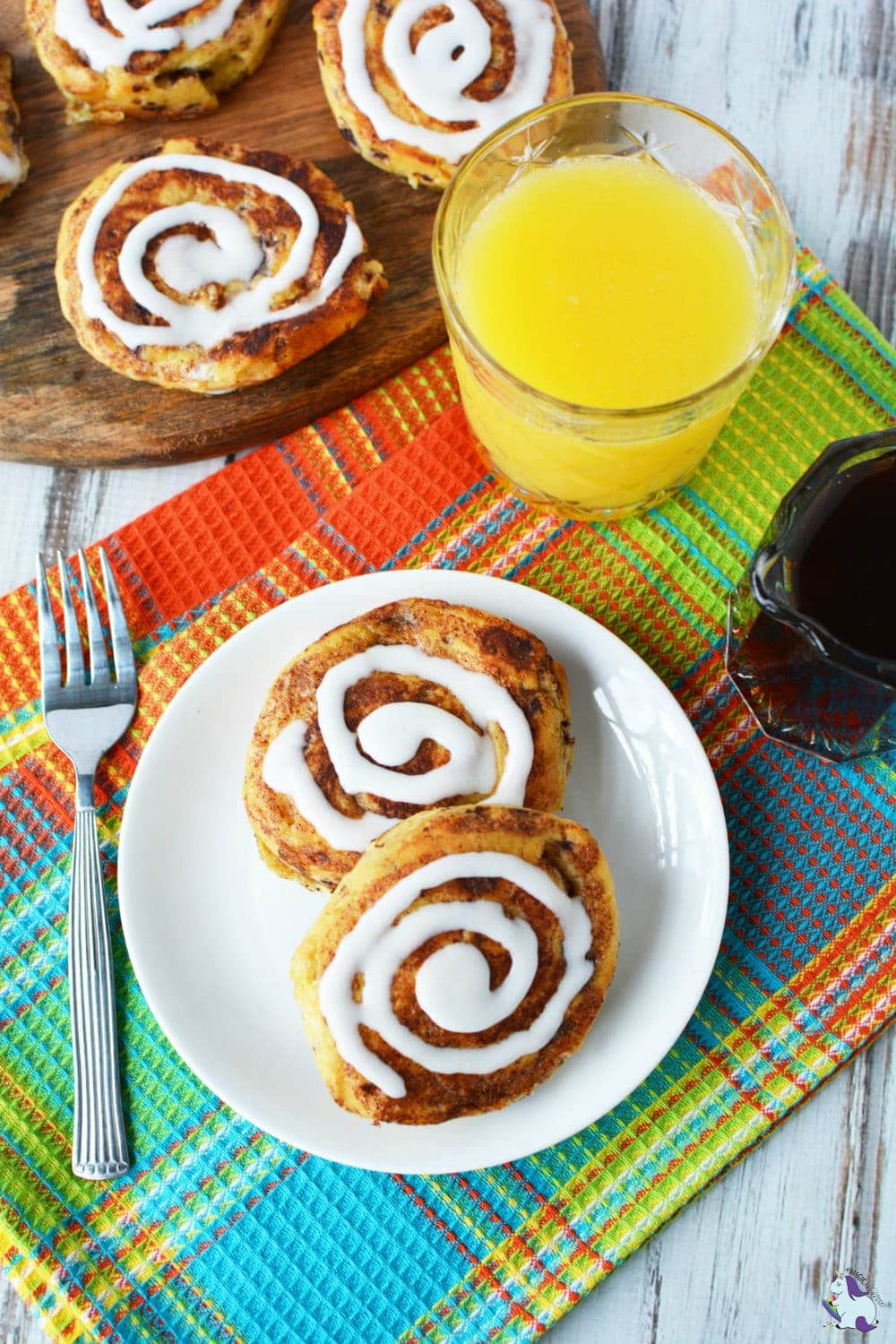 Cinnamon rolls on their own are a classic treat, but when you’re looking to dress them up for breakfast, the transformation is simple. This hybrid of two epically awesome foods is pretty much impossible to mess up.

The origin of cinnamon rolls is thought to be in Sweden, where the name for them kanelbulle literally translates to “cinnamon bun.” Whereas, French toast has been traced back to the Roman empire. The commonly used French name is pain perdu meaning “lost bread.” 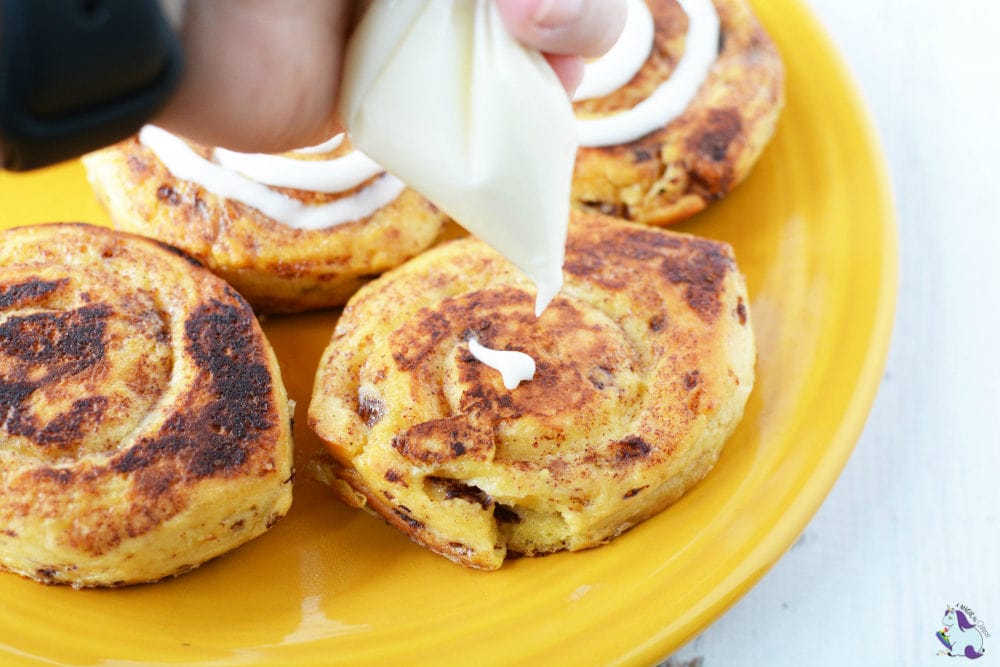 In France, this dish is typically considered a dessert and rarely eaten for breakfast. To be honest, I kind of feel the same way about eating it as a dessert. I usually make a breakfast meat to pair with the sticky goodness of the rolls, otherwise it’s just too much sugar to start the day. 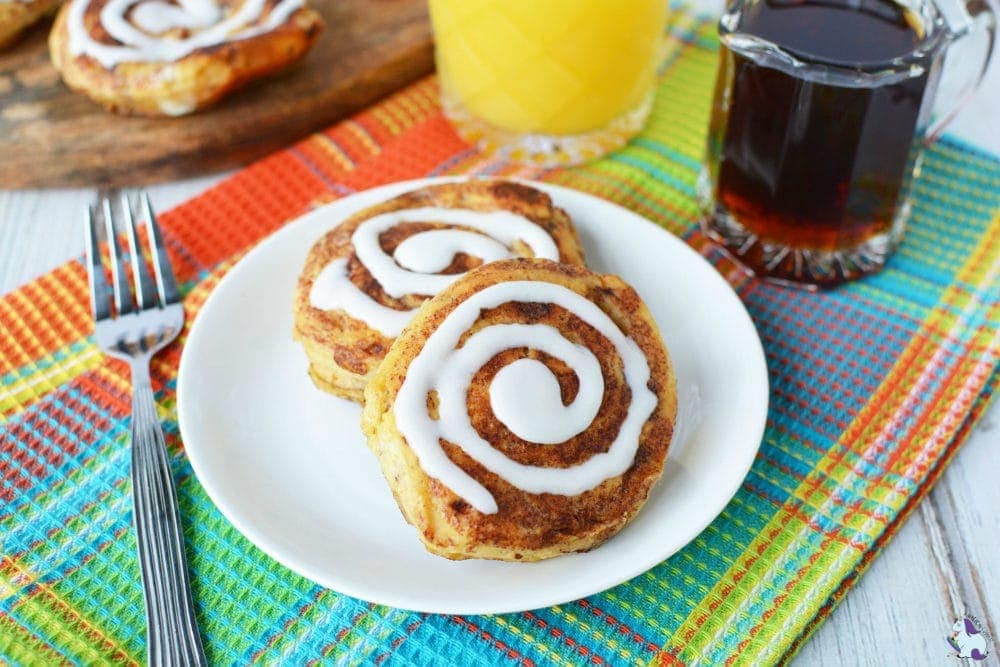 After thinking about it being too heavy on sugar for breakfast, an idea hit me: If you cut the cinnamon rolls in half along their equator (like a hamburger bun), and prepare them as directed, they can be used to make a sweet and savory breakfast sandwich. Just add egg, cheese, and your favorite breakfast meat–sausage, bacon, or ham would be delicious!

If you’re looking for other ways to increase the protein content of your breakfast, try our cinnamon roll pancakes! 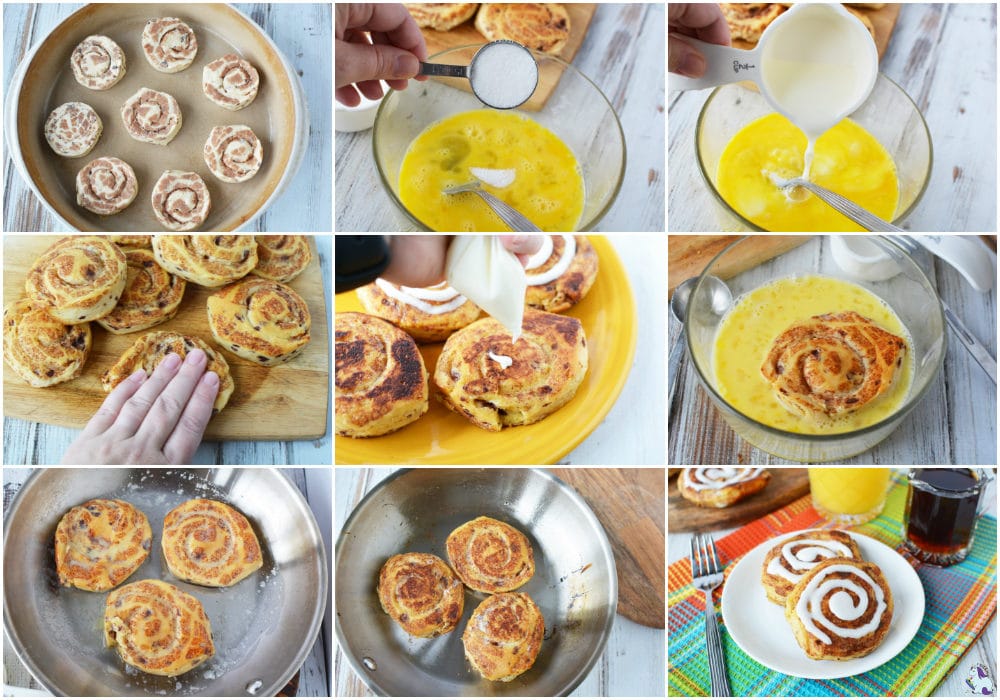 Did you make this recipe?

I'd love to see your recreation. Tag me in your photos!

Do you think your family will enjoy cinnamon roll French toast?

These would be so good, especially if they're still warm!

My son would go nuts for this - we do french toast but not often enough, and this is so unique!

This looks so delicious! I could totally see me making this tomorrow morning. Yum!

These look perfect for a special occasion breakfast. I can't wait to try them!