Skip to Content
Disclosure: We earn commissions (at no additional cost to you) if you purchase products from retailers after clicking on a link from our site.
461 shares

While on an amazing press trip to LA, I had the opportunity to interview two Disney stars from the movie, Teen Beach 2. Which airs June 26 on Disney Channel. You’re not going to want to miss it. The movie is full of remarkable talent, an adorable plot, and inspiration–especially for young girls. By far one of the coolest experiences for me was getting to talk to Jordan Fisher and Chrissie Fit from the movie. I was given this opportunity as part of an all expenses paid trip sponsored by Disney. All thoughts and opinions shared here are my own. 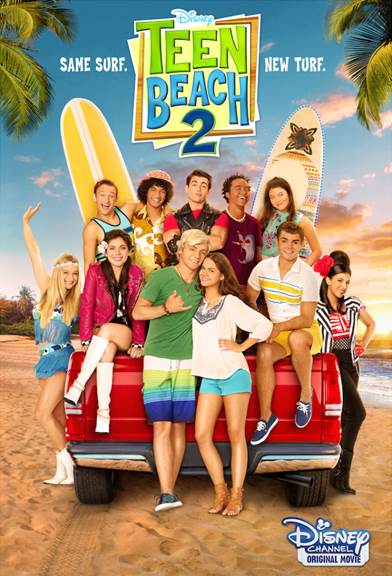 Jordan Fisher (“Seacat”) and Chrissie Fit (“CheeChee”) are two Disney stars that are charismatic, sweet, extraordinarily talented, and caring. It was an honor to meet and talk with them. Dancing with them… well, that was a blast too!

During the interview, they shared stories with us about how they came to love acting and dancing. To their surprise, Jordan and Chrissie’s stories were quite similar! 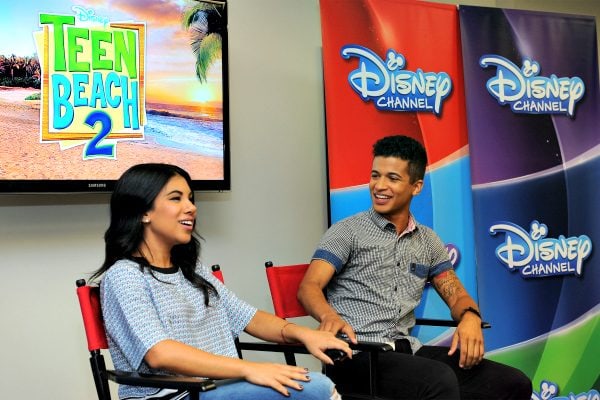 How 5th grade Love Drove Them to Act

Jordan told us he had a crush on a girl in the 5th grade that joined the drama club. So, naturally, he joined too. He said “And so I started acting and singing and dancing all on the same day. I was 10.”

Chrissie then chimed in, “That’s so crazy ’cause I guess my acting story is similar to yours because in 5th grade this Spanish teacher was doing this production… and only 6th graders could go…” She told us her crush was a 6th grader so she “needed to be in this show.” Her plan was, obviously, to make him fall in love with her. Being only a 5th grader, her teacher said she wasn’t eligible.

She went home and noticed her 6th grade neighbor was in the show and asked to see the script. Realizing there was no “bad girl” in the show, she went to school the next day and pitched an idea to her teacher. Who could say no to such drive and initiative! So she nailed herself her first role. While the boy didn’t fall in love with her, she fell in love with acting. 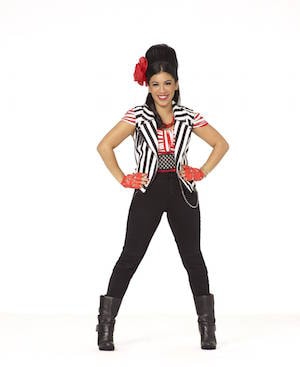 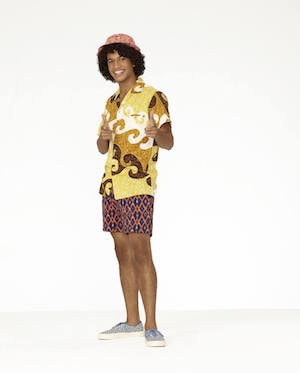 Firstly: Know why you want to do it. A lot of people move out to LA and New York with the idea of becoming famous. Typically those people don’t find success in their field because their passion is driven from a very different place. The people that do what they do because they love it, find success. Because you gravitate towards people that all have like-minded goals and passions.

Secondly: It’s cliche and you’re going to hear it a thousand times, but just don’t take no for an answer. 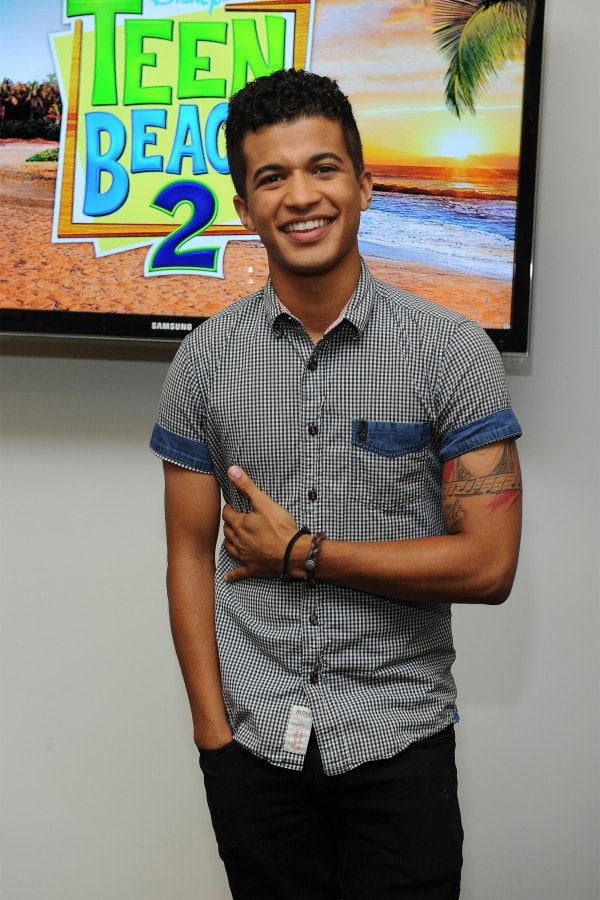 He then told us about his favorite song writer, Diane Warren and how she started out having to deliver 8 tracks to different labels. “That’s how the hustle started,” he said and now she doesn’t need to work another day in her life because she’s already made more money than anyone could dream of. But because she loves what she does, it’s like she’s not working, so she continues to do so anyway–because she loves it.

It’s not a sprint, it’s a marathon. Have patience, educate yourself; and not just with the craft like acting, dance, and music, but you should really try in school. So much of my art and choices I’ve made have come through the education I received.

So really apply yourself, give your everything. Don’t give up. Keep it up. 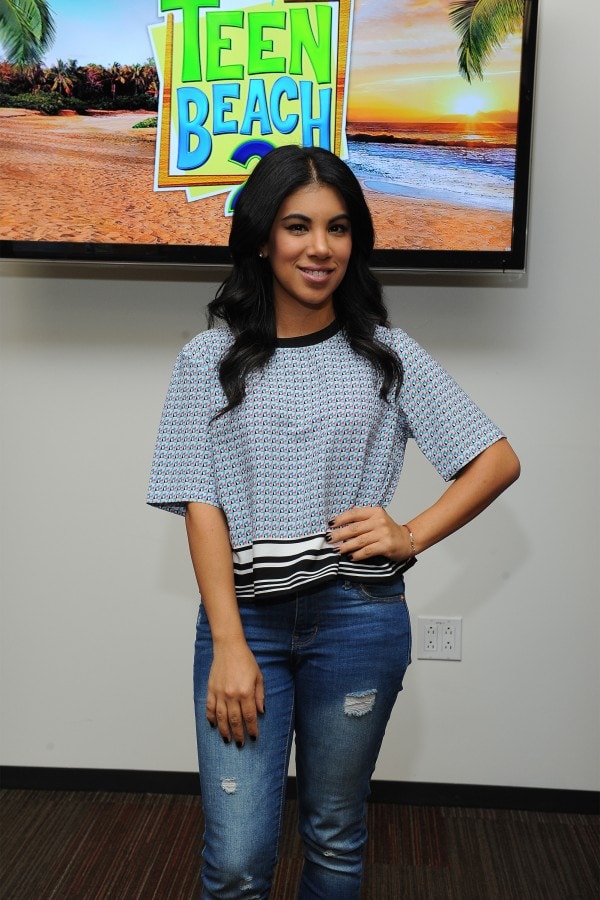 On the set of Teen Beach 2:

They said it was so much fun. “We were trapped on an island together for two months and were told to make a movie. That’s what we did.” 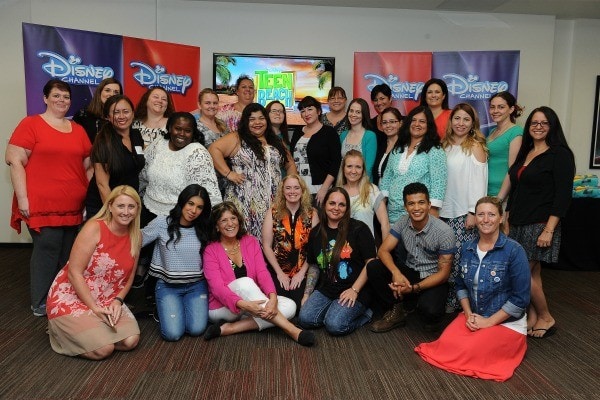 I’d like to send a huge thanks to Jordan and Chrissie for giving us so much of their time. These two Disney stars are the real thing. I know we’ll be seeing a lot more of them and I cannot wait!

I love the messages that this send to teens in this movie! Teaches teens the importance of friendships and reaching for your dreams.

Thanks for sharing this interview. I'm going to pull it up later and have my daughter read it. She loved the first Teen Beach, and she's really excited for the second one to come out.

wow! although i'm not familiar with this film, i do love how passionate these up and coming disney starts are about their art. i hope the best for them and lots more disney films!

It's great to see so much drive and passion in kids, it sounds like they truly love what they do! my oldest would love to see this!

I saw this movie with my daughter. She loved it! Great info on the stars, thanks!