Scary prank videos are popping up everywhere. Prank channels are quite popular on YouTube. It’s funny to watch people get pranked, right? Eh, not always. Lately, it seems like there are major lines getting crossed. On their quest for YouTube fame, people are getting bolder and bolder when it comes to making scary prank videos. 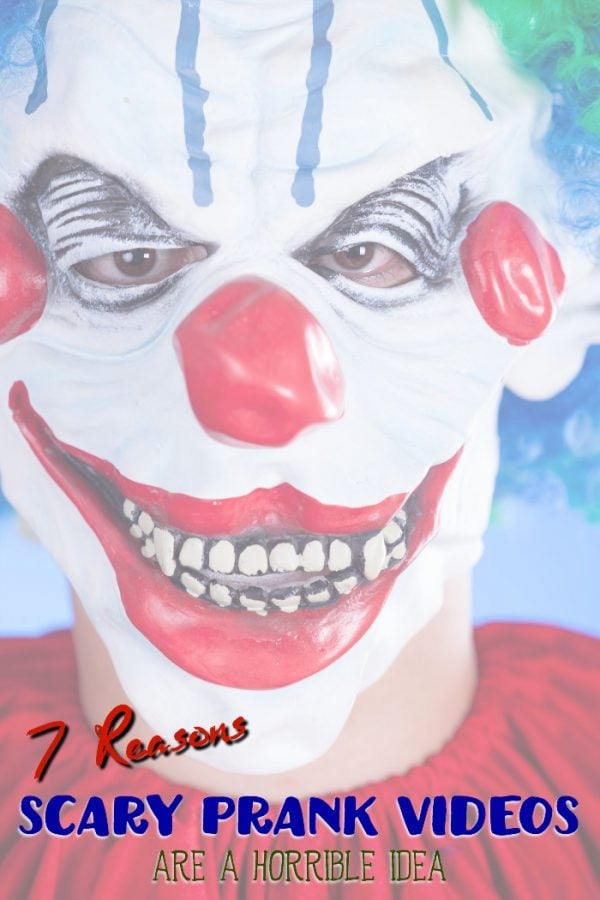 #1. Not everyone likes to be pranked – This isn’t my age speaking, I have never liked to be scared. Even when I was a child, I insisted my jack-in-the-box be stored in an undisclosed location and never to be seen by me again.

#2. Concealed carry exists – People are allowed to walk around with guns in most states. A clown coming at a person with a hatchet may cause one to fire in self-defense. That’s an avoidable tragedy waiting to happen that would be nothing but horror for all parties involved.

#3. Other injuries – Even if no one has a gun, there are plenty of other ways someone could defend themselves. Most people run when a pack of zombies is coming at them, but odds are pretty good that someone will eventually fight back.

#4. Getting too bold – Since there are so many prank channels competing, the pranksters are getting bolder and bolder. They look like attacks rather than harmless jokes.

#5. Not everyone can handle being pranked – I tend to think some of these scary prank videos are completely setup, and everyone involved is in on it. But, if it’s just random people walking down the street, that’s a huge problem. How do you know if the people can physically or mentally handle it? I’ll tell you what. I have an anxiety disorder. If a clown charges me down, I’ll probably pass out. Then, after that, I am building a panic room and never leaving it. Not even kidding.

#6. Possible lawsuit – It feels like some laws are being broken in a few of these scary prank videos. A lawsuit would be pretty counterproductive for someone seeking YouTube fame.

#7. Violence isn’t funny – Um, plain and simple. The videos that contain death and violence are just plain not funny. Don’t we have enough deadly events in the news? I don’t think I am being overly-sensitive in saying that pretending to murder isn’t a laughing matter. If someone wants to watch that – by choice – there are plenty of horror movies out there.


Okay, so I am not a total bore. I enjoy the funny prank videos. When family members play relatively harmless jokes on each other, or couples who try to out-prank one another, that can be entertaining. But, just scaring the living crap out of strangers — not cool and possibly dangerous.

How do you feel about scary prank videos?

The only one that is relevant is #6. All the others focus on your own opinion. If it was such a horrible idea, they wouldn't be getting the insane amount of views that they do. Also most of them are fake.

Oh I totally agree! I'm all for some light-hearted pranking fun between friends and possibly some harmless pranking from strangers but people are taking it way too far. I remember seeing a video back a few years ago of a person jumping out of a mailbox to scare someone and that person getting scared, reaching into their waistband, pulling out a gun, and shooting several times into the mailbox. Harmless pranking can be fun but tragedy CAN happen.

Oh my gosh! That's what I am talking about! Shooting a mailbox... could have just as easily shot a person. For what? A stupid prank.