Tapeworm is a gross thing for your dog to have. So are allergic dermatitis and Lyme disease. And yet, lots of people let their dogs get all of these things. They don’t do it on purpose, they just don’t know how their dog gets these disgusting ailments or how to prevent it. Well, I’m here to tell you it’s easy for your dogs to get any of these things. Fortunately, it’s also easy to keep them from getting it as well.

Did you know that all of these ailments are carried and transmitted by fleas and ticks? Not only are they creepy, they make your dog sick. This post is sponsored by Bayer / Seresto and the Pet Blogger Network. I am being compensated for helping spread the word about the Seresto product, but Sweep Tight only shares information we feel is relevant to our readers. Bayer / Seresto is not responsible for the content of this article. 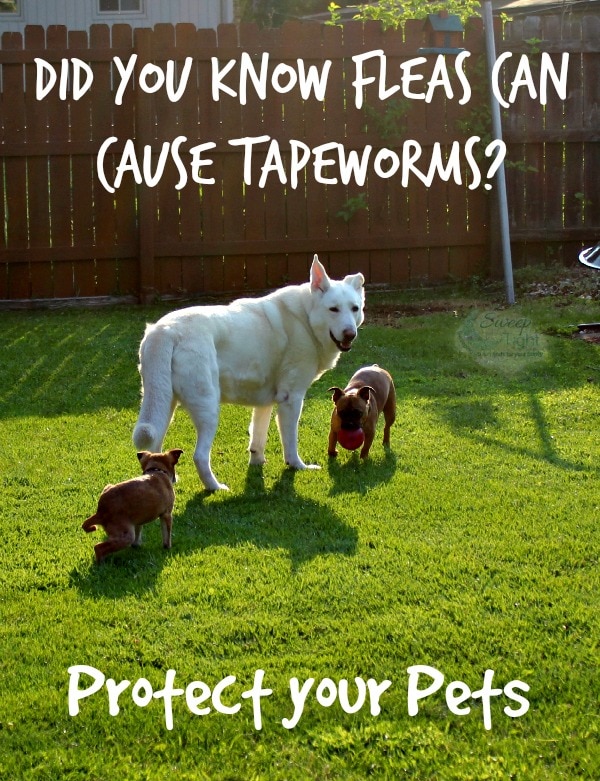 Tapeworm and Allergic Dermatitis and Lyme Disease, Oh My

The tapeworm is a nasty intestinal parasite carried by fleas. When a flea bites your dog, it causes an itching response. Sometimes when your dog reaches around to scratch the area with his teeth, he’ll eat the flea. That’s how he gets tapeworm. Not only is this gross in and of itself, what it does to your dog is gross as well.

Tapeworm infestation can lead to intense itching of the anus. Which means you’re going to see a lot of butt scooting and licking and chewing at his anus. Also gross. Okay, that’s enough of that. Let’s move on to another gross topic.

Allergic dermatitis is fancy doctor-speak for inflamed, itchy skin. Dogs can be allergic to flea saliva, which causes their skin to become inflamed and itchy. That doesn’t sound so bad, right? Maybe a little uncomfortable but nothing as serious as tapeworm. WRONG. When a flea infestation is left untreated or if your dog is exceptionally sensitive to flea saliva, allergic dermatitis can be severe. Like hard core bad. In some ways, it is almost worse than tapeworm infestation.

A friend of mine works at a vet, and he has some real horror stories about allergic dermatitis. I asked him for some veterinary anecdotes for this post. What he told me made my skin crawl. I literally felt like I had creepy crawlies all over me. Okay folks. Story time.

A client came in with a lab that she said was having some skin issues. When they asked how long it had been going on, the client said, “about a month.” Let’s not even get into why someone would ever think it’s a good idea to let a problem fester for such a long time. Anyway, when they got the lab into the room, his skin was so thickened and swollen and so much hair had fallen out that he looked like a Shar Pei instead of a Lab.

They got him onto the exam table, and within 15 seconds both my friend’s arms and the doctor’s arms were covered in fleas. The dog had the worst case of flea infestation that either one of them had ever seen, and he was having such a bad reaction to it, that his face had swelled up and almost swallowed his eyes. I’m going to go with my friend’s assessment that this might be worse than tapeworm.

Almost everyone knows about this one, but let’s go over it again. Lyme disease is the least gross of all of these. In fact, the only gross thing about it is how gross it makes your dog feel. Lyme disease is carried by ticks, and it causes lethargy (extreme tiredness), inflamed joints, fever, and sometimes anorexia because the dog feels so crappy it doesn’t want to eat. It’s treatable, but why would you ever want to let your buddy get something so heinous. Okay boys and girl, form a semicircle. It’s story time again.

A client came in with their 1 1/2 year old boxer. What had once been an active energetic dog was now the world’s oldest puppy. He hobbled into the office, barely able to walk. His joints were swollen, he had a fever, and he hadn’t eaten in two days. Again, we’re back to why anyone would let something like that go on for so long. Anyway, the dog was miserable, and the client was one of those, “I’ve never had a flea problem with my dog” owners. Long story short, the dog felt wretched because he had Lyme disease, which is carried by what? That’s right. Ticks.

How to Head Off Tapeworm, Allergic Dermatitis, and Lyme Disease

It’s super easy to keep your dog from getting all of these horrible maladies. Just keep the fleas and ticks off of them. In addition to Heartworm preventative (which you should TOTALLY be giving to your dog), use a flea and tick preventative as well. Flea and tick prevention comes in many different forms: spot-ons (the stuff you put on your dog’s back), flavored chewables, and flea and tick collars. Any of these work, but I’m a big fan of the collars. With a collar, I never have to wrestle with large dog or try to keep a grip on my extremely squirmy smaller dog. I just pop on the collar, and that’s it.

Our Hilo has been wearing his Seresto Collar for probably about 2 months now. He has never once shown any signs of irritation because of it. It’s lightweight and thin enough that he doesn’t even seem to know it’s there. He’s also still flea and tick free. This has definitely been an easy way to keep him that way. 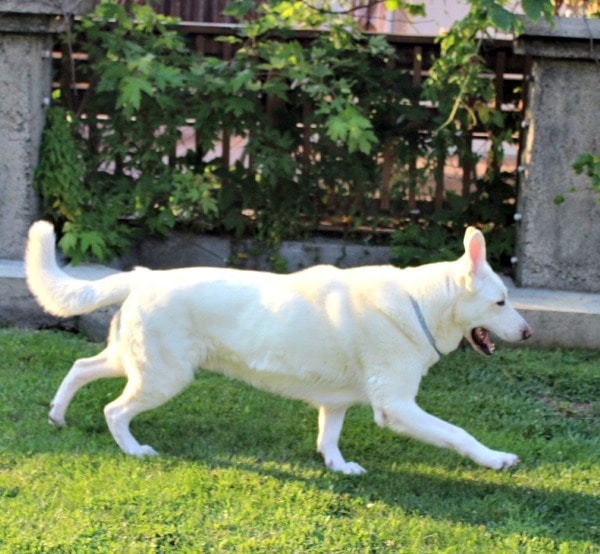 I really need to get this for my dog.He is a Great Pyrenees (goat guardian dog) so he is outside all the time.

so important to make sure that a dog does not have fleas which tapeworm causes fleas. I even check for ticks, ticks are a biggy on animal's.

I remember making sure our dogs were treated to avoid fleas and tapeworm. Such an easy thing to do.

Wow this is some great information! Not that I really enjoy reading about fleas or tapeworms. I didn't know fleas could cause tapeworms. I will have to pick up a Seresto Collar for my moms dog. She is not great about remembering to put the medicine on the dogs neck. This would be way easier for her to do and keep up with. Thanks for sharing this!

Ben @ Cheap is the New Classy

This sounds like a great product. I love that I don't have to put all that stuff on my dog's back.