For my daughter’s twelfth birthday, she just wanted a sleepover party with her friends. I found myself really struggling to come up with party games for teens and tweens that would entertain them and not be considered lame. I owe a huge thanks to Jimmy Fallon and Joe Santagato for these ideas. 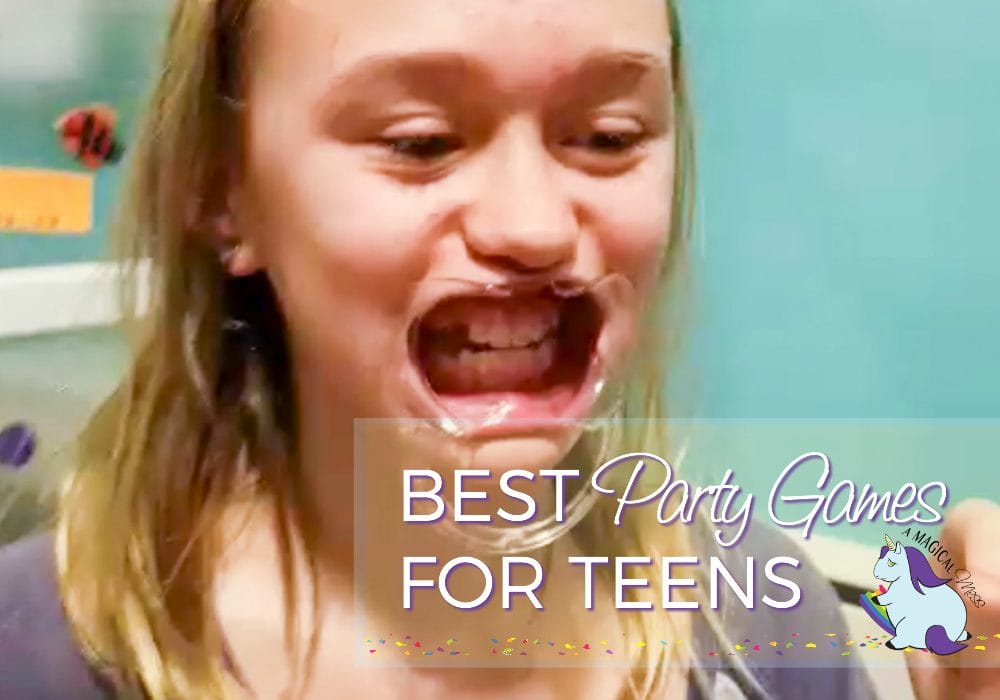 Party Games for Teens and Tweens

This is a tough age to buy for and even tougher to plan a party for… at least until I put myself into the head of a 12 year old girl. What does my daughter do with her time? She watches funny videos on YouTube. So, I recalled all the funny ones she’s showed me and even found a few myself to help inspire some activities to have at her sleepover party. 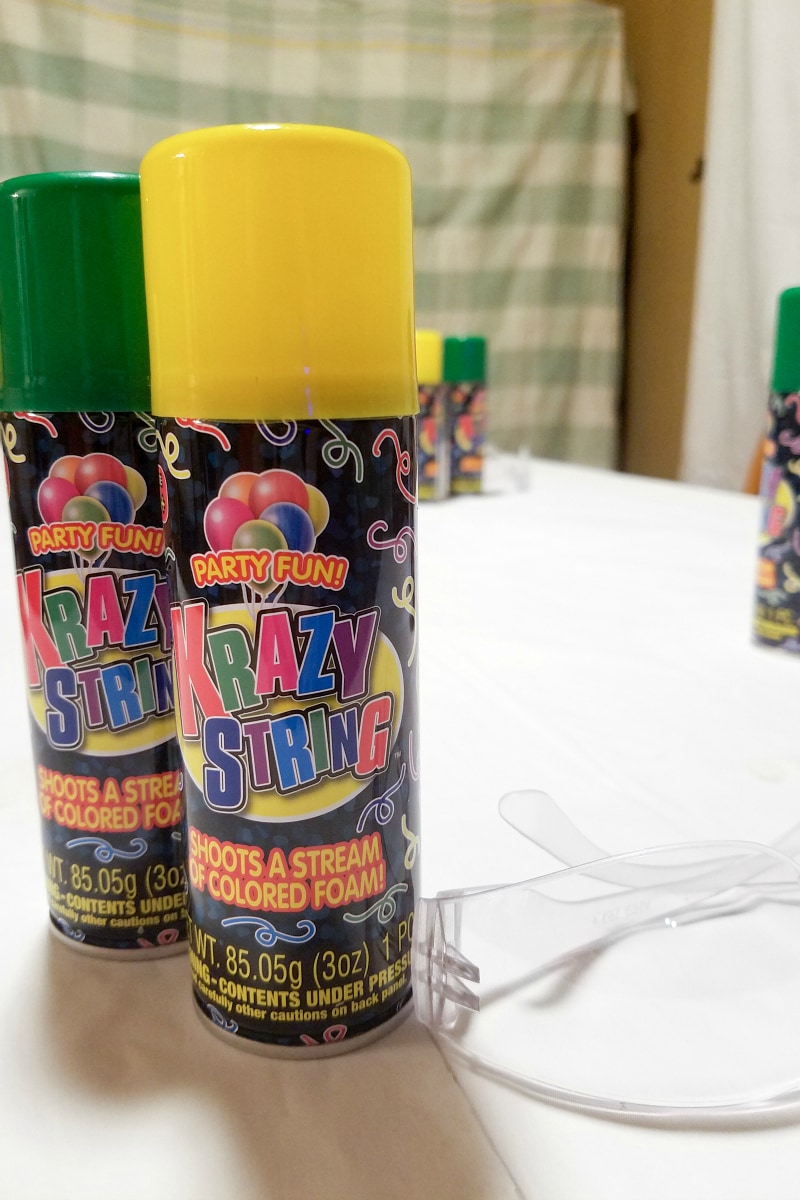 If you loved Stranger Things, you’ll love the game Jimmy Fallon plays Stranger Strings with the cast from the series. (He also plays with his guests, Little Big Town!)  It’s hilarious and simple. It’s an enormous mess too, so be sure to plan ahead accordingly. 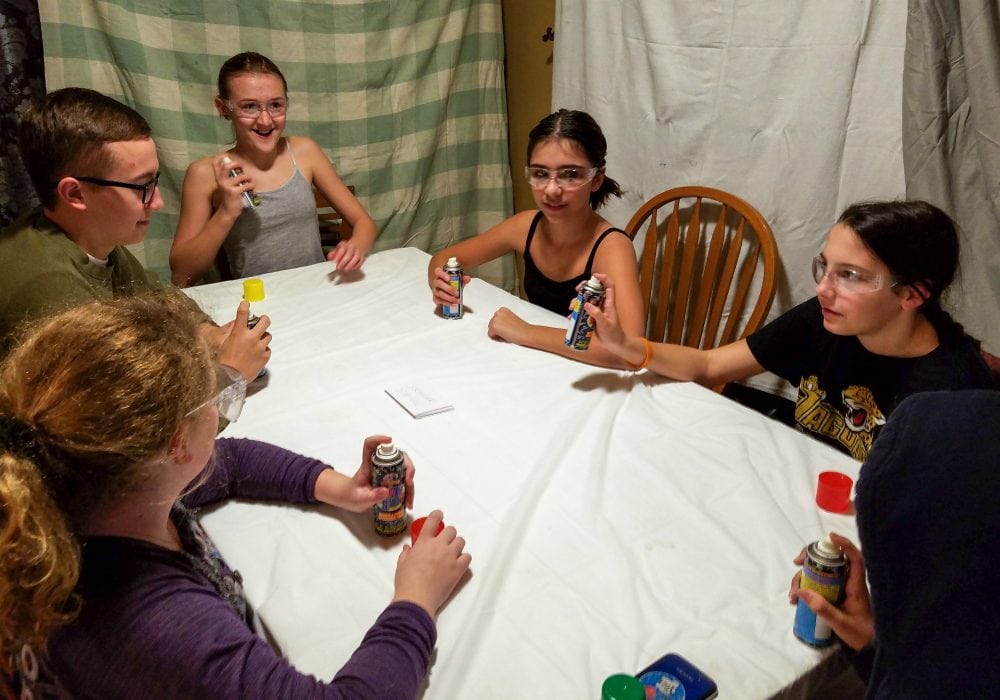 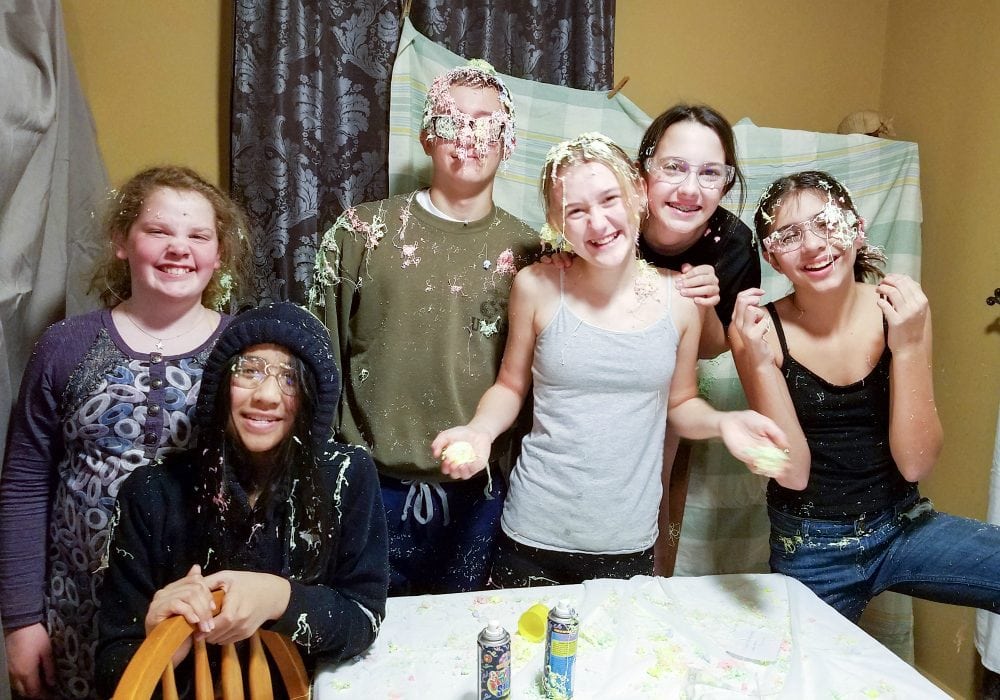 We had 6 players each write down 3 funny facts. And 2 cans each of THIS Krazy String was the best. I read dozens of reviews and am so glad I went with this brand! Each can sprayed perfectly and had just enough to last the duration of the game. It also dries well and cleans up easily. 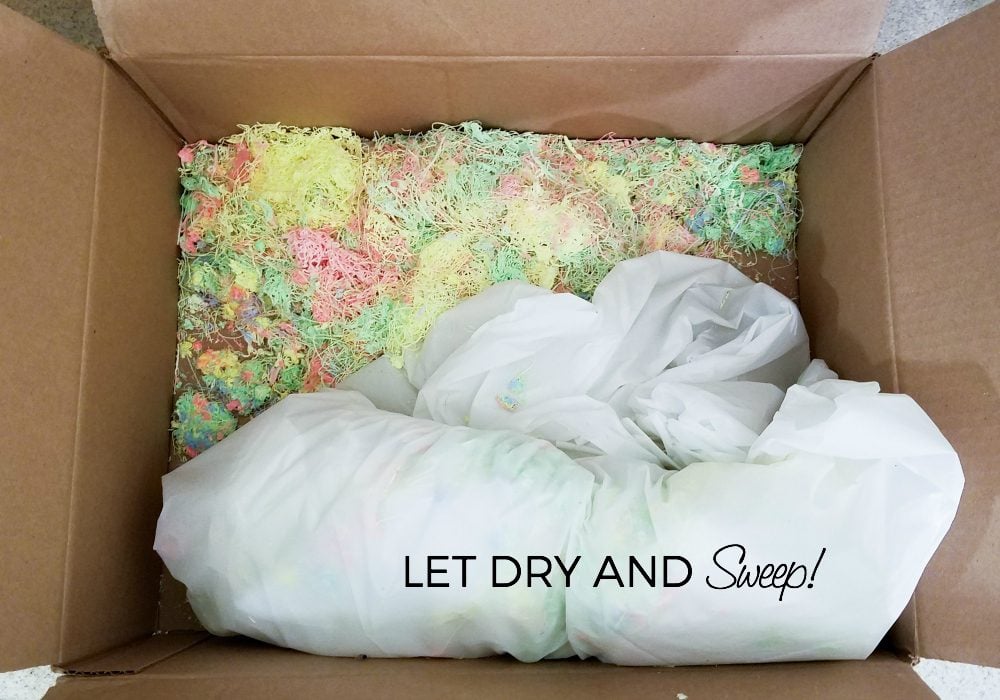 Cleanup tips: Can’t say it enough–cover everything. I just used old sheets and blankets. But for everything else, like hair, clothes and bodies, give the Silly String some time to dry and then it brushes right off. Otherwise, sweep and vacuum the floors and furniture. Our sheets washed just fine in the washing machine. 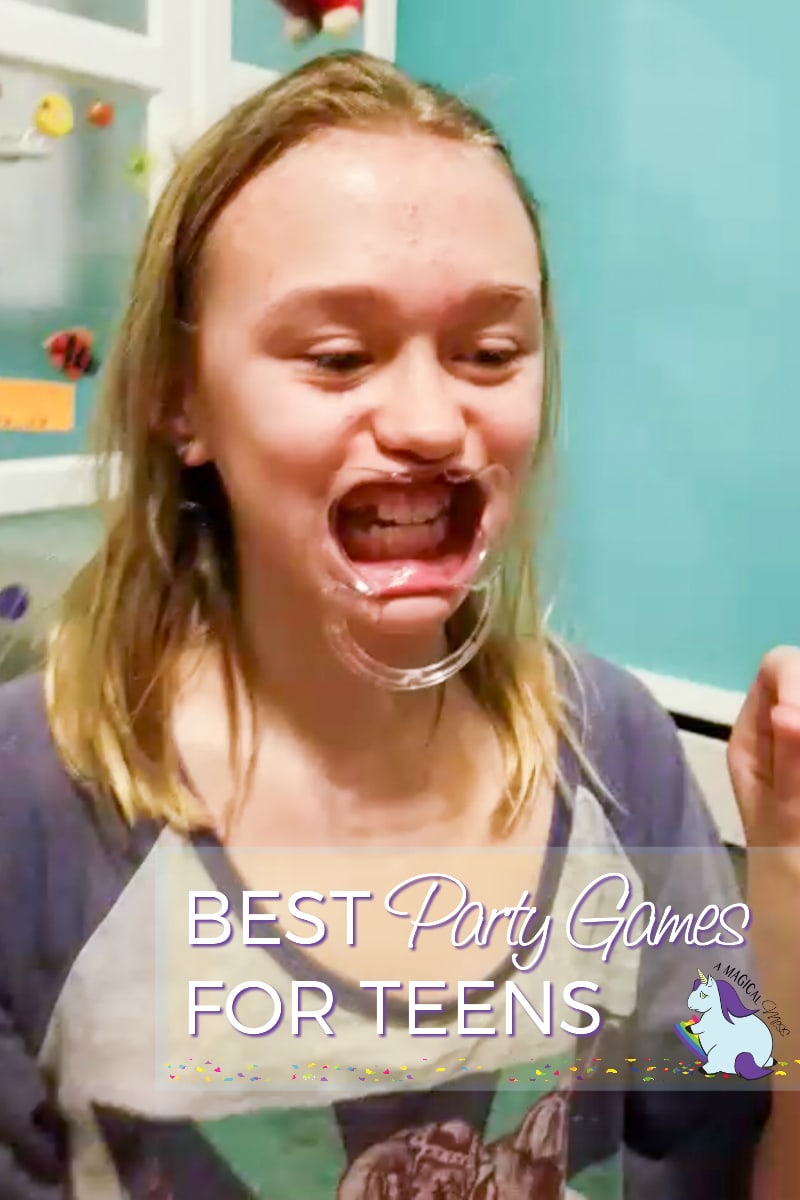 We first saw this game on Joe Santagato’s YouTube channel. WARNING: His channel is not the most kid appropriate. I am not winning any parenting awards here. We watch his videos together–seriously look forward to every Tuesday because he’s a riot–but his content can be very “adult.”

Anywho, this Speak Out game is absolutely hysterical. The girls played for a while reading off the cards that come in the box but then took to just singing and laughing at themselves. Huge moment of pride when I came around the corner and heard them singing a song from my all time favorite movie, The Labyrinth. David Bowie would have been honored. 🙂

They played Minecraft, Mad Libs, and ate tons of fun snacks. I had other things planned but they honestly had so much fun with Stranger Strings and Speak Out, my job was done. The moms were calling me the next morning saying their daughters wouldn’t stop talking about all the fun they had. I’m so glad Chesney’s 12th sleepover party was such a success!

What sorts of party games for teens and tweens do you play?

These are great party ideas and a good time for teens and kids to have some good safe fun at home trying out different games. We love games at my house!

Speak out looks like so much fun! My kids are still little (oldest is almost 7) i need to invest in some friends to play with!

That can be a tough age to make a party for. You nailed it.