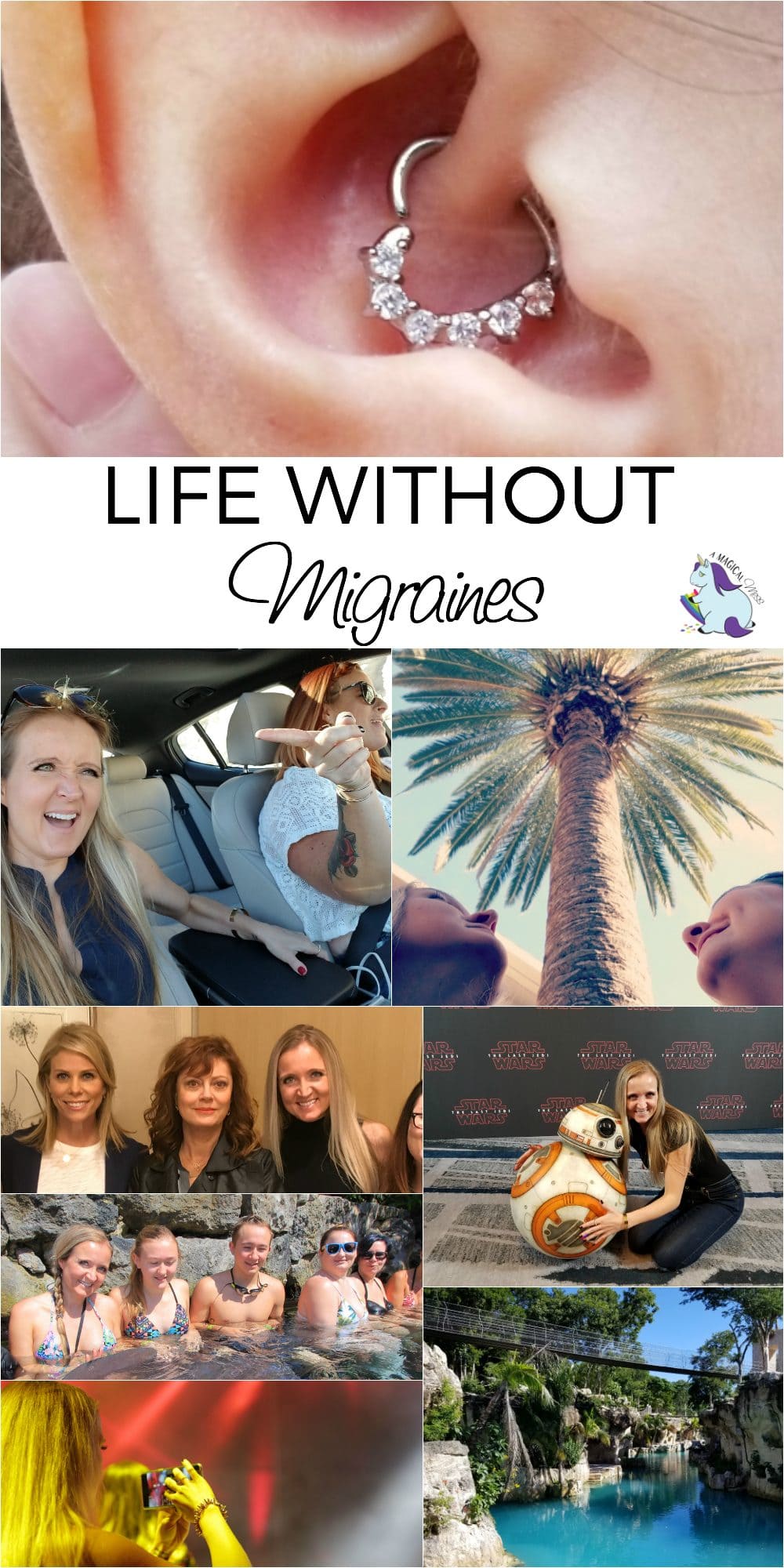 It’s been two years since my sister took me to get the “piercing for headache relief,” during a full migraine episode.

I sat, squinting in that piercer’s chair in agony; it was my last hope.

I had suffered for years, and in the couple of years leading up to the piercing, I had more days per week with a migraine than not.

I was depressed and losing my ability to carry on with daily activities because the pain was too great.

So, as the piercer, Hershey, prepped my ear for the needle, I had nothing to lose. Worst case scenario, I’d have a cute new earring.

A Piercing for Headache Relief

Is it possible to blame every bad decision I ever made on migraine headaches? I’d like to say yes.

From the age of 12 to 31, my noggin was plagued with distorted vision, sensitivity to light, dizziness, and debilitating pain.

It first started from stress and, maybe, hormones.

I had a true migraine once every couple of months for a few years; then it became more frequent.

I had one good year during that period. I was running every day, which produced an endorphin rush to squelch the aura symptoms before any real pain hit.

However, my knee couldn’t handle the impact of daily running and often transformed into something resembling a red-hot cantaloup.

An aura, followed by intense pain on the right side, became a daily threat. I began taking an inordinate amount of Ibuprofen as a preventative measure.

That seemed to help, but I always felt weak and fragile–like if I turned my head too quickly, coughed, or sneezed, the thin barrier holding the pain at bay would shatter.

At some point during this period, my bloodwork showed alarmingly high liver values, stress on the kidneys, and a list of additional ailments I don’t even remember. I knew I couldn’t continue taking all this medication.

Feeling out of options, I took a chance and plopped myself into Hershey’s chair.

The moment her needle went through my ear, it felt as if someone popped the pain like a balloon.

I experienced a significant decrease in migraine headaches but was still dealing with the occasional aura symptoms.

You can read my piercing for migraines results post.

After six months, I had some minor irritation around the daith piercing site, but the migraine symptoms were still diminished.

I provided a one-year update for this migraine piercing and, after two years, I think it’s safe to say I’m totally cured.

I’ve almost forgotten what life was like with migraines. I no longer expect to be in pain–I just live.

It’s been a fantastic, migraine-free two years! I feel like this piercing saved me; my quality of life has improved tremendously, and because of that, I’m able to do many of the things I previously avoided.

Even my overall self-confidence has been boosted because I don’t have to cancel plans all the time “because I have a migraine.”

My goodness, I was so sick of hearing myself say that. I feel like a better mother, friend, and business person, and I am so grateful to whomever discovered this piercing for headaches.

If you’ve been following my blogs about my migraine piercing, you may remember me mentioning Dr. Chris Blatchley, a doctor from London.

From my understanding, he’s the first person to administer a study for determining the effectiveness of this piercing for headache relief.

I asked him to give a summary of his findings, and he sent along the following:

Even though people have reported relief from their migraines following a daith piercing, doctors have remained skeptical, saying that there is no evidence. Unfortunately, their skepticism has contributed to a lack of formal research.

Initially, I was skeptical, until I examined the detailed breakdown of the results of a simple survey. Patterns in the response convinced me there should be a comprehensive and detailed survey conducted, which we first launched in May 2017.

We now have 3000 responses–enough to examine different subgroups in detail, and we have been utterly surprised by the marked and long-lasting effects of a daith piercing. We believe we have enough evidence to show that it is NOT a placebo effect. It has little effect for about 10-15% of sufferers, and it does wear off slowly over time. Even so, the majority of respondents still report improvement two years later. There is a logical and rational explanation on how it works, which is by stimulating the vagus nerve–a treatment that is currently used by doctors.

We cannot accurately report the proportion for which it doesn’t work, or the exact rate of decline in relief because those who didn’t benefit are probably less likely to answer the survey. Thus, formal research following a group of people for a year following their piercing is an urgent priority. We have started this process, but we want other doctors to research the effects of a daith piercing for migraines, too!

Check out my post about the best daith earrings, too.

I’m so in love with this new heart daith earring. Just be sure you get the right one for the side you have pierced. 🙂 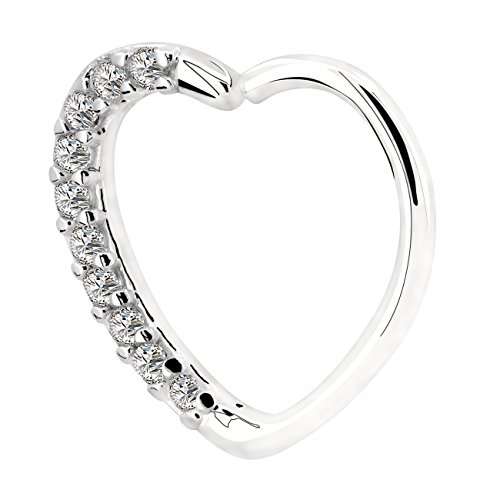 Heart Daith Earring
$11.95
Buy Now from Amazon
We earn a commission if you click this link and make a purchase at no additional cost to you.

I’ll just be over here making better decisions–well, perhaps that’s up for debate, but at least I’m making them with a clear head!

For all my fellow migraine sufferers, I encourage you to talk to your doctor about this piercing for headache relief.

It’s definitely worth a pierce?

Update: It’s important to mention I wrote a post shortly after this one that’s not as positive.

Find out what happened and what else I’m doing to help prevent migraines.

Nervous to Get a Piercing?

Many people are nervous to get a piercing and that’s totally understandable.

Especially piercing the daith — that location takes quite a while to fully heal. Although less painful than a migraine, there’s a creepy factor to deal with if piercings make you squeamish. 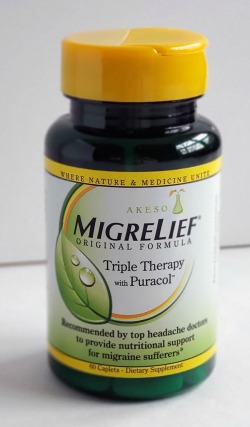 MigreLief Triple Therapy
$25.95 ($0.43 / Count)
Buy Now
We earn a commission if you click this link and make a purchase at no additional cost to you.

Another suggestion I have is to try a daily supplement called MigreLief. I now take it daily and have recommended it to many migraine-sufferers.

My sister also noticed a major decrease in headaches after starting the keto diet. So, a diet change is another avenue you may want to go down before visiting a piercer.

Please let me know if you have any questions or concerns about the piercing for headache relief.

I'm 20 now ,frequently ill be having head ache in the left side started 5 months back and planning to pierce is there any exact spot to be pointed and pierced before it becomes weird...

I'm sorry you're getting these headaches. As for the particular spot, if you look at the photos of mine, maybe show the piercer and request they get it as close to that as possible. I would call ahead and see if they are familiar with this piercing too.

I get my migraines mostly to the left. Is that the side to try first? I don’t know if it will work for me, but I have migraines more often then not. I’m going to try it and see how it works for me. :)

Hi Star, Yes, try the left side, and if you want, show a picture of my piercing so they can try to hit that exact spot--closest to the opening of the ear canal. Good luck! Let us know how it goes!

I have been suffering from migraine they have been daily since 2011 off and on the last 3 years have been bad we’ve tried everything medication and Botox nothing worked then I heard about daith piercings read about it still was afraid to do it then my sister friend got it done and said it worked for her so I thought what do I got to loose I’ll try anything right about now I got it done during a migraine instantly I felt the pressure release it was crazy and so far for two weeks I’ve been migraine free I was getting them daily I still get pain on the left side so I’m planning on getting it pierced on that side as well but man I feel so much better feel like a new person I can do things. It’s the best thing I’ve ever done I’m glad to hear after two years your still migraine free or less migraine.

Thank you for sharing your experience! I'm so happy the piercing seems to be working for you! I hope you get full, lasting relief! :)

Fortunately I do not suffer migraines but I have a friend who does and will be sharing this article with her. I don't think she has heard of piercing for migraine relief but I'm sure she would be open to it.

Thank you for being so thoughtful! :)